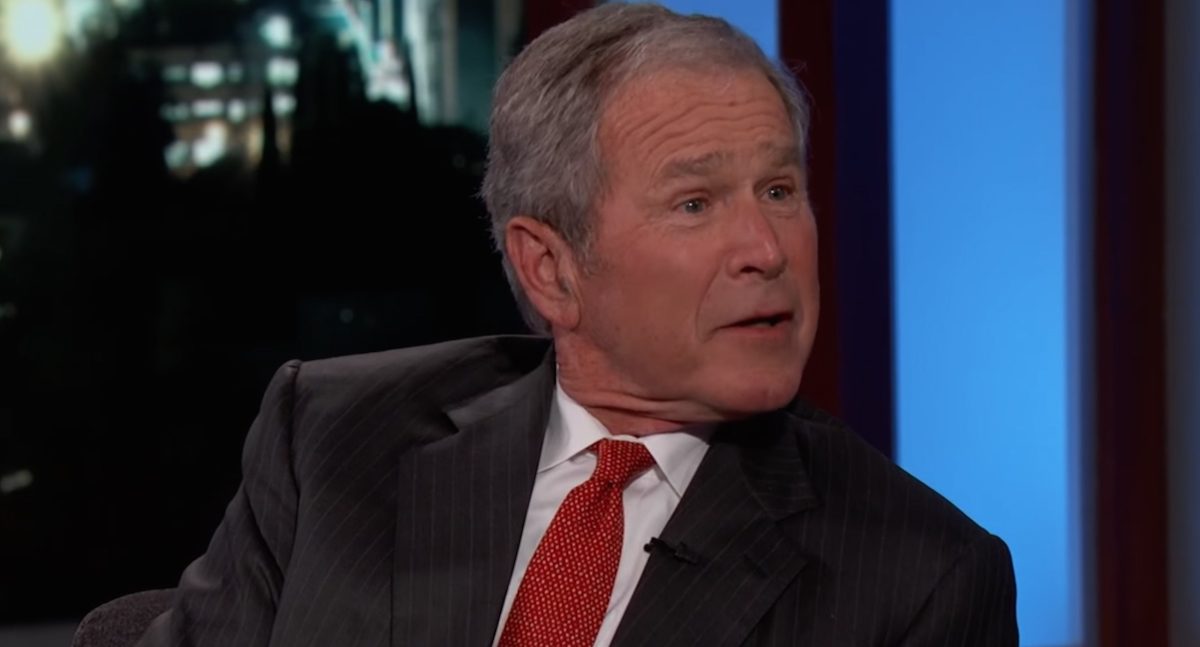 George W. Bush, former president and surprisingly decent painter, didn’t exactly have the most stellar polling numbers towards the end of his second term. In short, people sort of hated him. He didn’t even speak at the Republican National Convention in 2008 — with conventional wisdom indicating he would have been voting booth poison to candidate Sen. John McCain (R-AZ).

Time heals all wounds, however, and now we pretty much view him as a generally amiable goofball who seems like he’d be great fun to have a (non-alcoholic) beer with. Those wars? That economic meltdown? All water under the bridge. This view is, obviously, helped by the chaos surrounding President Donald Trump. The most dyed-in-the-wool 2006 Bush hater would likely trade in their car to put him back in the White House at this point.

And according to the National Journal (citing GOP sources), nobody knows this better than Bush himself.

Tom DeFrank, a contributing editor for the National Journal, recently reported that Bush has often been heard commenting on Trump’s unforced errors and flagging approval numbers.

“Without chiming in with the Trump critics, Bush is often heard to remark, unable to stifle his trademark smirk: ‘Sorta makes me look pretty good, doesn’t it?’” DeFrank wrote.

An unnamed Republican official continued, offering up their thoughts on how Bush views the sitting president.

“He’s shaking his head like everyone else wondering why they can’t get their act together,” the official stated. “He wants the guy to succeed but thinks a lot of his problems are self-inflicted.”