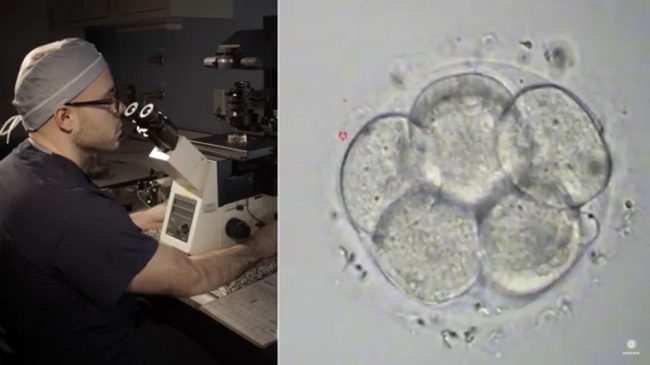 A company in Australia is facing scrutiny from conservatives after a Wednesday article revealed that they were turning unused embryos from in-vitro fertilization into “sacred art.”

The Australian parenting blog Kidspot highlighted Baby Bee Hummingbirds, an enterprise started by Amy McGlade in 2014. McGlade’s company reportedly has made “over 4000 pieces of jewelry using breastmilk, placenta, hair, ashes, or cord stumps – including 50 made with embryos.”

The blog post featured a couple in New South Wales who didn’t know what to do with the embryos that remained after undergoing IVF treatment that led to the birth of their twins. The couple rightly considered them to be their babies, but “donation wasn’t an option, the annual storage fee was an added financial strain, and disposing of them unimaginable.”

The mother now carries “seven embryos in her heart-shaped pendant worn close to her heart, always.” She underlined that “when we completed our family, it wasn’t in my heart to destroy them. Now they are forever with me in a beautiful keepsake.”

“Except her jewelry ‘babies’ are dead,” Wesley J. Smith pointed out in a Thursday post on National Review Online, since the blog entry detailed how “families send them ’embryo straws’ which the company expertly preserves and cremates, creating a type of ’embryo ash’.”

Smith contended that the jewelry service demonstrates “the crassness of our age.”

Conservative writer Elizabeth Scalia also posted a write-up about the controversy on Thursday. She revealed an e-mail exchange that she had with Baby Bee Hummingbirds, where the company claimed that they “truly understand the magnitude of the process.”

Scalia lamented that “year after year, the world moves further away from that concept [of human dignity]. Rather it seems to move forward, inexorably, to further regarding human beings as things — sexual conquests; disposable babies; units of health/economic cost; religious or political ‘others’ whose humanity becomes irrelevant.”

Matthew Archbold of the National Catholic Register zeroed in on a quote from McGlade, who touted how her company is “pioneering the way in this sacred art, and opening the possibilities to families around the world.” Archbold replied, “Make. It. Stop. The more I read the more horrified I became.”

Author Phil Lawler included the issue in an online round-up on Thursday, and labeled the jewelry service a “ghoulish form of exploitation. You, too, can use your children as consumer goods, if you choose to deny them the right to life!”