Giving Context To Pres. Obama’s State of the Union (And Reactions)

Giving Context To Pres. Obama’s State of the Union (And Reactions) 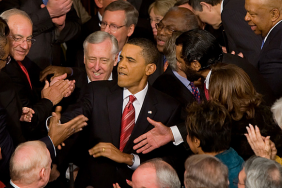 “I thought (President Obama’s speech) was extremely partisan. I thought he regurgitated all the old lines of old speeches, doubled down cap and tax and on tax increases, more stimulus spending, (and) a (spending) freeze but the freeze doesn’t start for another year.” 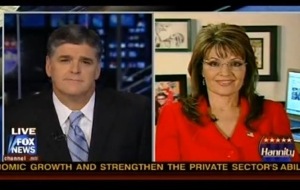 “It hasn’t been a matter of (President Obama) not being able to explain his policy with government take over and mandation of health care, but Americans understanding what is in there, not liking it and sending that message via the three recent republican sweeps in Virginia, New Jersey (and Massachusetts).”

“I forgot (President Obama) was black tonight for an hour.”

“Increased insurance competition, stopping crazy lawsuits and mandating strict rules for insurance companies might be a partial solution to the health care debacle. It’s not going to solve everything but it’s a heck of a lot more efficient than what Mr. Obama wants, which is a fiscal nightmare.”

“The President used his State of the Union message to address his decrease in popularity, and the sense that his administration might be adrift. In a nutshell his speech boiled down to – F*** me? No, no, no, my friend. F*** you.’”

“(The State of the Union) was more like watching Fabio stare at himself and then that Randy Macho Man Savage part of (President) Obama educate America on how great he is.”