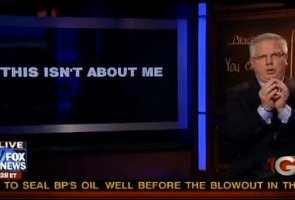 What’s with all the recent inappropriate Nazi comparisons? On Tuesday, liberal radio host Mike Malloy likened George W. Bush to Hitler. Now, Glenn Beck has drawn the ire of the Anti-Defamation League by claiming that Jewish billionaire George Soros played a role in the Holocaust.

On his radio show yesterday, Beck gave his listeners a history lesson about Soros, who was born György Schwartz in Hungary in 1930. According to Beck, Soros’s father “is a guy who spoke Esperanza fluently—Esperanza was developed in the 1880s as the world’s first international language.” (He’s mistaken about the name of that language; it’s Esperanto, not Esperanza, which is Spanish for “hope.”)

Beck implied that there was something sinister about “Esperanza:” “It was the language of peace, like the U.N. is the house of peace. And it was developed so that everyone could speak the same language, and no one would have to come by their old, tribal language,” he said sarcastically. “We’d all have a new language.” He goes on to say that the Soviets, the Chinese, and Hitler himself all considered embracing Esperanto before discarding it upon finding that its proponents “were dangerous. They’re dangerous to everyone.” That’s right: even Hitler didn’t want to mess with the guys who spoke a made-up auxiliary language.

The real meat of the segment, though, came when Beck started talking about Soros himself. Soros was 14, said Beck, when the Germans invaded Hungary in 1944. Soon afterward, he went on,

George Soros’s father asked a Christian in Hungary to adopt his son, make him his godson. And George Soros used to go around with this anti-Semite and deliver papers to the Jews, and confiscate their property, and then ship them off. And George Soros was part of it. He would help confiscate the stuff. It was frightening. Here’s a Jewish boy helping send the Jews to the death camps.

I am certainly not saying George Soros enjoyed that, even had a choice—I mean, he’s 14 years old. He was surviving. So I’m not making a judgment, that’s between him and God.

Abe Foxman, National Director of the Anti-Defamation League (and a Holocaust survivor himself, like Soros) released a statement today calling Beck’s remarks “completely inappropriate, offensive and over the top”:

For a political commentator or entertainer to have the audacity to say—inaccurately—that there’s a Jewish boy sending Jews to death camps, as part of a broader assault on Mr. Soros, that’s horrific.

While I, too, may disagree with many of Soros’ views and analysis on the issues, to bring in this kind of innuendo about his past is unacceptable. To hold a young boy responsible for what was going on around him during the Holocaust as part of a larger effort to denigrate the man is repugnant.

The Holocaust was a horrific time, and many people had to make excruciating choices to ensure their survival. George Soros has been forthright about his childhood experiences and his family’s history, and there the matter should rest.

It should be noted that there’s currently a post on Beck’s website, The Blaze, about Malloy’s Bush-Hitler comparison. You’d think, then, that Beck might be a little more careful about accusing others of helping to perpetrate the Holocaust. Listen to Beck’s segment about Soros below.