Glenn Beck Declares: I Am ‘Done’ with the Republican Party
VIDEO

Glenn Beck Declares: I Am ‘Done’ with the Republican Party 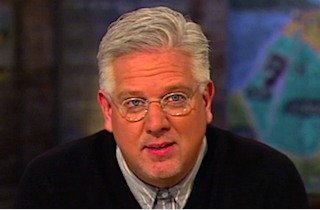 Glenn Beck has long flirted with the idea of leaving the Republican Party once and for all and during his radio show Wednesday morning he finally pulled the trigger.

Beck went on to accuse the GOP of abandoning their principles by failing to effectively stand against Obamacare and immigration reform. “They set us up,” he said. “Enough is enough.”

“So I’m done with them,” Beck concluded. “Four years ago I was with them. Four years ago I said, ‘Work from the inside, let’s change it, let’s get new guys in there.'” But now, he added, “It’s too late.”

While Beck is just now saying he no longer considers himself a member of the GOP, it was more than two years ago that he celebrated the “death” of the Republican Party, complete cake, confetti and footage of dying elephants.