Glenn Beck vs. the “Rape and Murder” Site 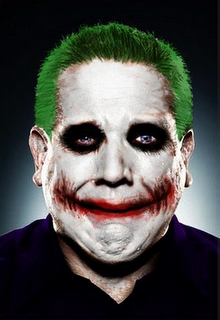 Last week, we wrote about Glenn Beck 1990, the Fark-spawned project to spread the meme of asking if Beck “raped and murdered a young girl in 1990.” The meme mimics Beck’s rhetorical tactic of asking loaded questions that are tough to truly refute, even if they’re obviously off-base; it’s based on this Gilbert Gottfried routine, from the Comedy Central roast of Bob Saget. This site has emerged as its hub. Well, Beck’s lawyers heard about it too. Two days after it launched, they went after the site, and its anonymous owner, hard. But was that a good idea?

As Ars Technica reports, Beck’s lawyers went after the domain registrar, asking it to take the site offline and turn over the name of the site’s anonymous owner. They also filed a case with the World Internet Property Organization, “the group which handles the worldwide domain dispute resolution process, on the grounds that the new website was improperly using Glenn Beck’s trademarked name.” Techdirt has a copy of the domain name dispute his lawyers filed here.

As we wrote last week, the joke is in poor taste. Adolescent guys may think that “rape” and “murder” are funny words to throw around, but they are real, traumatic events in many people’s lives. Ars Technica also reports that the site owner “had a moment of pause when someone wrote in to him saying that she had been raped as a young girl and that she found the site grotesque rather than humorous or insightful.”

It’s also ineffective politically. Beck has used some heavy-handed scare tactics over the past few months, but hurling the worst insults imaginable at him lets him off the hook. If your critique of Beck is that he’s lowered the level of discourse, the “satire/parody” of going a step further doesn’t compensate for the fact that you’re making things worse. This forum post expresses the point that the more earnest memesters were trying to make, though it may have gotten lost in the noise:

Still, Beck’s trying to end the meme/rumor by lawsuit will have the opposite effect, at least on the Internet. As Gawker’s John Cook points out, Beck’s “efforts to shut it down will only increase the number of times ‘Glenn Beck raped and murdered a young girl in 1990’ are encountered by Google’s indexing bots.” Which doesn’t even take into account all of the mischief this will inspire pissed-off forumers to wreak.