GOP Senator Ted Cruz Isn’t A Hypocrite, But It’s Time For Him To Become A Legislator 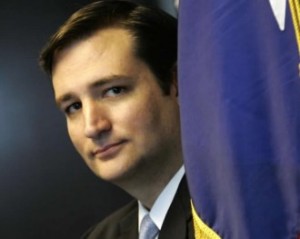 It’s time for Ted Cruz to become a Senator.

The mini-McCarthy has made much use of his title in the few months he’s had it, linking Chuck Hagel to Iran, misleading on gun control, punching out of his league with Diane Feinstein, and generally acting like a petulant teenager rather than a crafter of legislation. That’s because he’s largely avoided crafting legislation at all—unless you count amendments to repeal Obamacare or spitting in the general direction the United Nations.

But with the horrific explosion at a fertilizer plant in West, Texas, Cruz now has a dire problem in his own state. Moments like this, and not snide UN resolutions, are when federal legislators truly represent their constituencies in Washington.

Cruz has pledged to mobilize all available resources to help the citizens of West (Texas), as he should. This quickly led to accusation of hypocrisy, as just four months ago, Cruz voted against Hurricane Sandy relief. The accusation is not entirely fair. Cruz objected to the $60 billion relief bill that he called “a Christmas tree” for senators’ pet projects. He was, partially, right: even PolitiFact, in calling a similar claim “false,” conceded the bill contained billions of dollars that had nothing to do with emergency relief.

For Cruz, this was a prime example of an obese government helping itself. Cruz wasn’t voting against government aid, he was standing astride the abuse of government aid — a position consistent with his fiscally conservative beliefs. As there’s no indication yet that Texas has asked the federal government for anything but the necessary appropriations to help the people of West, Cruz’s endorsement of relief funds in this case and his rejection of it after Sandy don’t logically conflict.

But we don’t know what Cruz has asked for, because he hasn’t done it yet. He needs to. He needs to craft legislation, shepherd it through the Senate, and fight off the amendments that would add to its price tag. He needs to convince other skeptical conservative senators who are not from Texas—Rand Paul, for instance—why they should vote for it. (As Paul Abrams points out, hearing a Tea Party hardliner explain the circumstances under which government spending is appropriate would do us all a lot of good.)

Cruz then needs to answer to conservative publications who view any government appropriation as socialism, and to his Tea Party base who view anybody taking government money as moochers. He needs to deal, as the rest of us have, with the darker corners of the internet who like to link FEMA to concentration camps and the like. He needs to know what goes into not just passing a law, but implementing it when a segment of the population finds any coordinated government effort to be the gathering clouds of tyranny.

In short, Ted Cruz needs to show that he can do more than vote nay; he needs to demonstrate that he can craft legislation he himself would vote for. Cruz may not like the federal government, but even someone as conservative as him must think it can do more than pass anti-UN resolutions while towns in Texas burn.