Governor Of Hawaii Reportedly Tells Friend That “There Is No Birth Certificate” Update: Not True 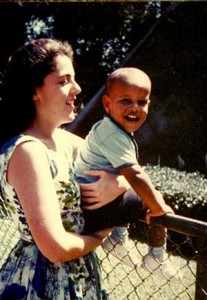 We have a hunch that this bit of news will get people talking, loudly and over one another: Last week, celebrity journalist Mike Evans, apparently a friend of Hawaii governor Neil Abercrombie, shared a story with KQRS morning radio show listeners about the search for Barack Obama‘s birth certificate. Update below.

As you know, birthers insist that the President was not born in the U.S. and have been pushing for proof one way or the other in the form of a birth certificate. Abercrombie has been extremely vocal about defending Obama’s eligibility, even telling the Los Angeles Times that he was present at Obama’s birth and remembers him as a child, but, if Evans story is to be believed, he acted in haste.

Evans shares that, after a fruitless search through Hawaii hospitals, Abercrombie confided to him that (in Evans’ words) “there is no Barack Obama birth certificate in Hawaii, absolutely no proof at all that Obama was born in Hawaii.”

Whether true or not, stories such as this – and the debate they inspire – have the potential to dog Obama as he makes his bid for re-election come 2012.

Listen to Evans’ story for yourself:

Only this I can you tell you is 100 percent fact: that Neil never told me there was no birth certificate. I never talked to him.

I was on 34 radio stations that morning. That was the only station where I said, instead of saying ‘the hospital said there’s no birth certificate’ I misspoke and said Neil said that. I misspoke and I apologize for that. I apologize to Neil.