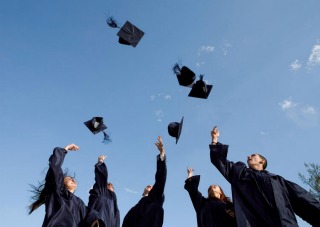 Education and income level share a storied relationship. Studies have shown that college graduates typically make more money than those who discontinue their education after high school. Similarly, the benefits of attending top MBA programs or obtaining other advanced degrees generally include bigger salaries than those predicated upon an undergraduate standing. However, experts are finding that one’s education level can also affect their disposition to vote. Namely, those with less schooling are also less likely to show up at the election polls.

It’s an unsettling Catch-22 for poorer Americans. Their lack of higher education may have nothing to do with their desire for more schooling, but rather a dearth of financial resources needed to attain those advanced degrees. Yet without that education, these individuals may not have the informed perspective needed to affect change during elections. Simply put, they don’t realize that their voting voice, or lack thereof, is what can help them the most. Initiatives that can assist them with educational funding or other beneficial financial measures that will improve their quality of life fail to pass because they didn’t vote to push them through. As these phantom programs are never put into place, poorer Americans are not given the same educational opportunities as those from higher income brackets. The cycle then continues generation after generation.

Substantial evidence clearly points to the positive impact that an advanced degree can have on a person’s income level. Those with MBA degrees typically receive a salary that is 50% more in their first year after graduation than in the last year before they started their business programs. Over the next five years after graduation, their salaries can double. To protect their monetary interests, these are the citizens who subsequently come out in force on Election Day.

The government has only so many financial resources from which they can pull to implement social programs that could help less educated and poorer Americans. Democrats are typically known as the political party with a more demonstrative desire for social reform – reform that requires monetary backing. By virtue of their position, lower income Americans may vote Democratic, but they are not the ones who have the financial means to fund the initiatives that can help them. This is why those in higher tax brackets vote Republican. Generally known as the more fiscally conservative party, it also more frequently serves to protect the wealthiest Americans.

Educational inequalities and the ripple effect they have both financially and socially on Americans becomes blaringly evident during each election season. The opportunity for change lies our power to vote, yet poorer Americans are rarely cognizant of this power by virtue of their disenfranchised position. In contrast, the wealthiest voters exercise their power en masse and thus retain their financial assets year after year. By vetoing measures that would aid those less well off, but also take more money out of their bank accounts, the rich get richer and the poor poorer. As a result, the social divide between the citizens of our nation will only continue to grow.