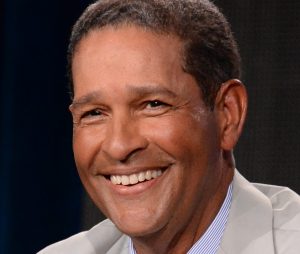 In the closing commentary of a yet-to-air episode of HBO’s Real Sports set to premiere tonight, Bryant Gumbel expressed his agreement with James, and said the word was one of many which is part of what he calls a “race based code” language in sports.

“(James) was recently upset, justifiably, by the use of the word ‘posse’ to define his business associates,” Gumbel said. “Predictably, racial apologists have cried foul on James but LeBron is merely citing part of a race based code that’s all too commonplace in sports. One that leaves some words unspoken but well understood.”

In addition to posse, Gumbel cited several other terms which he says are part of this code.

We know what they mean when they fault end zone dances but applaud Lambeau leaps; when they label (New York Giants wide receiver Odell) Beckham a showboat but say (New England Patriots tight end Rob) Gronkowski‘s colorful, or when they’re calling some guys in a fight “scrappers” and others “thugs.” Black viewers have always known it’s a white guy whenever those in the booth are claiming a player is “heady” or “does the intangibles.”

Now, the usual assortment of critics and bigots will no doubt claim these are inflated complaints born of political correctness but since when does one group get to define another’s level of offense? Look, we’re coming off of a bitter election in which hurtful words ultimately did not matter and maybe they didn’t because too many have become accepting of the ignorant stereotypes that words help create and reinforce. Maybe it’s time we thought more, not less, about the language that’s used and call people out when it’s abused.

Gumbel’s full monologue can be seen at the conclusion of tonight’s episode of Real Sports, which airs at 10:00 p.m. ET/PT on HBO.