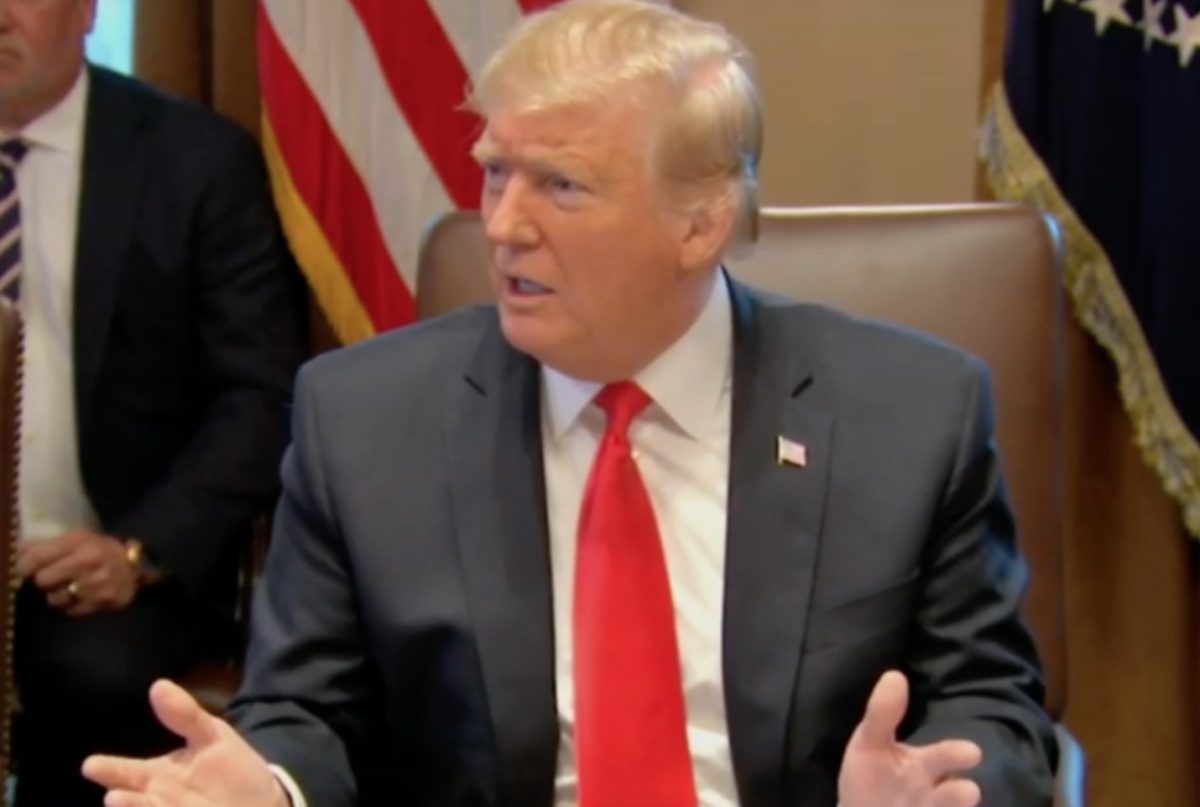 President Donald Trump held a 90 minute press spray with reporters at the White House on Wednesday…and it was a doozy.

The president ended up rambling on and on as he spoke about a “glitch” in the stock market, ripped outgoing Secretary of Defense James Mattis, talked up his border wall again, and a host of other subjects.

Seriously, there were a plethora of notable moments that came up throughout the presser, but we’ve narrowed it down to a shorthand list of the 10 craziest tidbits that just came from the president.

1. Trump on Not Being Popular in Europe

Trump shrugged off his unpopularity in Europe by saying he “could be the most popular person” and “run for any office if I wanted to.” He also said his unpopularity is a good thing because he wouldn’t be doing his job as president if Europe had a favorable opinion of him.

“My relationship, I will tell you, with the leaders of Europe is very good” pic.twitter.com/EZjhStpnXm

2. The Russians ‘Were Right’ to Invade Afghanistan

Trump seemed to endorse how the Soviet Union invaded Afghanistan in 1979 as he talked about the war on terror in the Middle East. He said the Soviet Union was “right to be there,” saying the Soviet Union became Russia when they went bankrupt after the endeavor, and suggesting they should be there again.

Trump: "Russia used to be the Soviet Union. Afghanistan made it Russia because they went bankrupt fighting in Afghanistan. Russia."

Trump then goes on to endorse the Soviet invasion of Afghanistan. Via Fox. pic.twitter.com/oE0fuDLXyz

Fun fact: the invasion was not about terrorism, for more, learn about it here.

This one speaks for itself.

Trump says he had a meeting about Iran and the Middle East with lots of good-looking generals: "Like from a movie. Better looking than Tom Cruise, and stronger."

4. “I Think I Would Have Been a Good General”

Following a bizarre rant about the Soviet Union, Trump says this about Afghanistan: "Why isn't Russia there? Why isn't India there? Why isn't Pakistan there? Why are we there? We're 6,000 miles away? But I don't mind… I think I would have been a good general." pic.twitter.com/bQ36x1RSZH

5. No Timeline on Syria Withdrawal

Trump proclaimed that Syria is “lost” and there’s nothing there for America but “sand and death,” but he wouldn’t elaborate on when exactly U.S. forces will be pulled out of their ground operations in the region.

On US troop withdrawal from #Syria, Trump says “oh we’re withdrawing” without providing a timeline.

6. “The Public Means the Enemy”

Trump bashed the inspector general for conducting public oversight reports on how the U.S. conducts itself while at war.

"We're fighting wars & they're doing reports & releasing it to the public" per @POTUS "And the public means the enemy. The enemy reads those reports. They study every line of it"

"Those reports should be private reports…and be locked up"

Trump says DOD inspector general reports — aimed at assuring accountability in the actions of government officials as they spend taxpayers' money — should be kept "private."

"The public means the enemy," he says.

At one point, Trump talked about how he had to ditch his holiday plans at Mar-a-Lago in order to stay at the White House and monitor the government shutdown. He called it a “lonely” experience with no one to interact with, even the Secret Service.

Trump says he was all alone in his "big house" over the holidays — "except for all of the guys out on the lawn with machine guns." He says that he's never seen so many machine guns, and they didn't even wave at him. He adds, "All alone with the machine-gunners."

TRUMP on his lonely holidays at the White House: "I was here on Christmas evening, I was all by myself in the White House. That's a big, big house. Except for all the guys out on the lawn with machine guns… I was hoping that maybe somebody would come back and negotiate." pic.twitter.com/cHDlHgbyMi

To make his case on the border wall, Trump dug up his old talking point that walls work for places like the Vatican City.

"They say the wall is immoral, you better do something about the Vatican, because" the Vatican has walls, POTUS says.

Trump says if a wall is immoral, then you have to do something about the Vatican because it has a big wall.

9. If DACA Found Constitutional, Then I Have “Tremendous Power”

Trump said that if the Supreme Court rules DACA to be constitutional from when it was instituted by Barack Obama, that will really mean something for his own executive powers.

TRUMP says that if Obama's DACA decision is ruled legal by SCOTUS…"If he was right, then I've been given tremendous power. Can you imagine me having that power? Wouldn't that be scary?"

All joking aside. He just said the most dangerous thing just now:

Now that is scary Sh*t. pic.twitter.com/ab7d8iw28q

10. “I think the People of the Country Think I’m Right”

Trump’s position on the continuation of the government shutdown. That is all.

"I think the people of the country think I'm right," Trump says.