Trump on Stock Market Bounces: 'We Had a Little Glitch...' 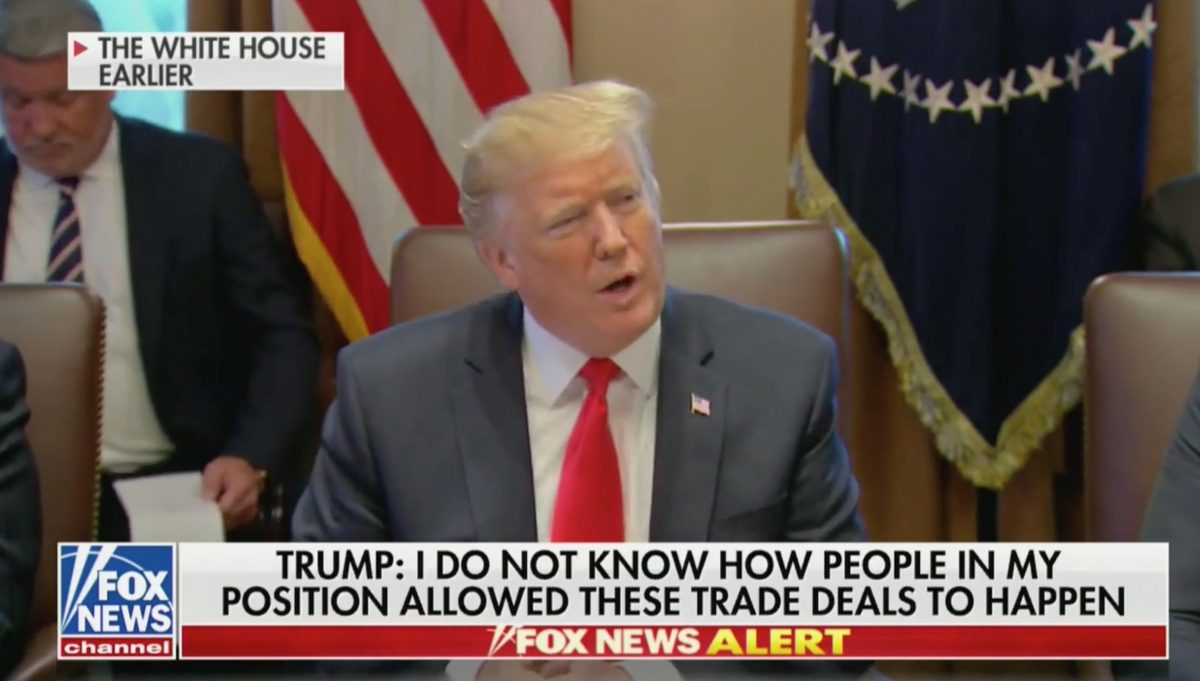 President Donald Trump held an extensive press pool spray with White House reporters on Wednesday, during which he dismissed the recent turbulence in the stock market as a “glitch.”

Investors have been on edge since the Dow Jones Industrial Average and the S&P 500 both experienced major fluctuations in the last few days. Data from Wall Street shows that stocks finished in 2018 with the worst showing they’ve seen in a decade, but Trump is calling this a “little” disruption that will correct itself once he’s done renegotiating America’s trade deals.

Pres Trump is calling the 2018 plunge on Wall Street as "a little glitch," even as stocks finished 2018 with the worst showing in a decade. He predicts markets will soar after US trade deals are complete.

Trump, in cabinet meeting now past hour mark, has:
-lied about illegal immigration stats
-disparaged/claimed to have fired his most respected cabinet member
-dismissed stock market losses as a "glitch"
-complained about Romney not being a "team player"
-praised the wheel

.⁦@realDonaldTrump⁩ says there was a “glitch” in stock markets last month, but they will go up again as trade deals are made and have a long way (up) to go pic.twitter.com/GKgYEy5oDq

Bloomberg reports that numerous investors are commencing equity sell-offs and reconsidering their outlook after the S&P 500 fell by 6.2 percent, putting their broad stock index in the worst position it has seen since the 2008 financial crisis. As for Dow Jones, CNBC says the market is seeing considerable bounces after dropping another 400 points today.