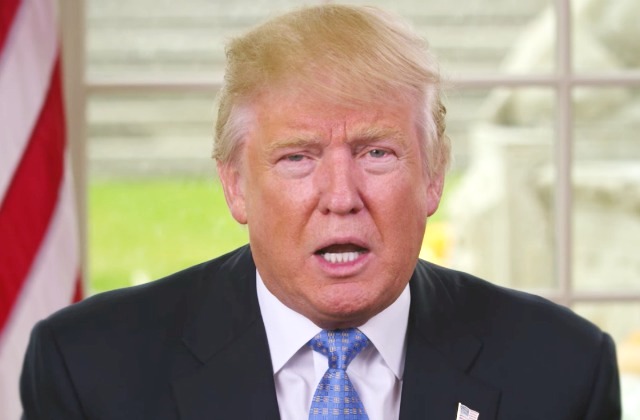 President Trump (that still feels way weirder than writing 2017 on a check) apparently shocked congressional leaders yesterday by claiming, in an extended riff, that he only lost the popular vote because of between three and five million votes which were cast illegally. The reaction to this has been strong and bipartisan, with both Republican Lindsey Graham calling him out and the liberal New York Times openly referring to this assertion as a lie.

It is a sign of the bizarre times in which we now live that I must say that the Times is correct to call the Republican president a liar, but I don’t think they went quite far enough. This is because I believe that Trump’s claim is not only completely unsubstantiated, it is easily proven to be a lie. And, yet, no one seems willing or able to perform that rather simple task, so I guess I will give it a shot.

Usually proving a “negative” is next to impossible, but in this situation it is not. The first reason we know what Trump said is untrue is because of what would happen if he was remotely right, or even really believed it himself (as opposed to just protecting his frighteningly fragile ego).

If Trump really thinks that about 3% of the votes in a presidential election were cast illegally, why in the world is he not making massive election reform a high priority in his administration? If this is really the case, then he and every other Republican should be screaming it from the mountain top because it means that our elections are a complete sham and that the GOP majorities, especially in the House of Representatives, should be significantly larger. Who paid off Mitch McConnell and Paul Ryan to stay completely quiet about this huge scandal?!

But it isn’t just basic common sense which shows that Trump is lying. We also have overwhelming numbers to back up this charge.

You see, apparently Trump doesn’t realize how congressional elections work and why their results are literally the perfect proof that there is no issue of massive voting by illegal immigrants who supposedly would have an extreme animus towards Trump (even though he will likely be no tougher on the vast majority of them than Barack Obama was).

Each congressional district in a state has effectively the same number of people (not citizens), regardless of their eligibility to vote. This means that by comparing turnout in congressional districts with little or no illegal immigrants, with districts which have a high percentage of people who are likely in the country illegally, it can provide us with tremendous evidence as to whether there is a large “illegal voter” problem.

My state of California, thanks to its geographic and demographic diversity (as well as massive population of illegal immigrants), is by far the best state to provide that information. The evidence, quite frankly, could not be more overwhelming against Trump’s theory.

In most of the country, it is rather normal for the winner of a congressional race to get at about 200,000 votes in the general election and for at least 300,000 votes to be cast. In 2016, with California turnout low due to the presidential race not being remotely close, 12 out of the 53 winners got 200,000 votes, and not one of them was in an area with a significant portion of the population calling themselves “Mexican” in the last census. Importantly, none of those 12 were in remotely competitive districts (several, including Nancy Pelosi, came from the super-rich, very white, and ultra-liberal San Francisco area), which would theoretically inflate turnout.

However, there were three districts which WERE competitive and where the two candidates mysteriously somehow failed to reach the 200,000 vote total COMBINED. Here are their vote totals:

So how can we explain such extraordinarily low vote totals in these districts where the congressional seat was legitimately up for grabs? Well, let’s take a look at the demographics of these districts:

16th: 57% of population describes themselves specifically as “Mexican.”

21st: 71% of population describes themselves specifically as “Mexican.”

44th: 59% of the population describes themselves specifically as “Mexican.”

Hmmm, I wonder if anyone can pick up a pattern here?

The 21st congressional district is a particularly perfect proof that what Trump is saying is total bullcrap. Not only did that district have by far the lowest turnout in the state while having about the highest percentage of “Mexicans,” but it was somehow won by a Republican.

So, according to Trump, up to five million illegal immigrants voted against him, thus costing him the popular vote, but in a district with an extraordinarily high percentage of residents who are ineligible to vote, only 57,000 people showed up for the Democrat and they let a Republican win by just 18,000 votes?!

Yeah, that makes absolutely zero sense. If anything even close to what Trump was alleging had really occurred, the Democrat in that race would have easily won (it should be pointed out that using Trump’s “five million” number would translate to at least 50,000 votes per congressional district, if you generously only counted districts from areas with any real illegal immigration problem).

The reality is that, while our voting system is far from perfect (for the record, I am strongly in favor of voter ID laws) there is not only no evidence to support Trump’s self-serving and extremely corrosive lie, there is a mountain of facts and logic to wholly disprove it. Of course, in an “alternative-fact” world, I guess that doesn’t matter very much anymore.