Here’s What You Need to Know About Shane Dawson vs. Tomi Lahren 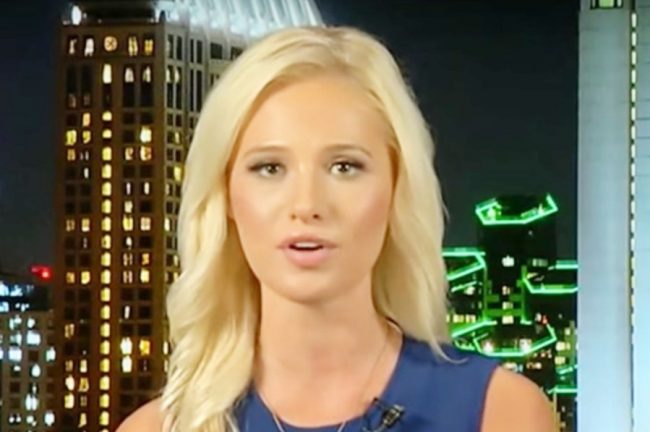 #IStandWithShane is trending on Twitter right now and Tomi Lahren posted a 374-word Facebook status about how undignified it is to stir up controversy for video views and attention. What is going on?!

So, here’s a video that Dawson took from outside of a party Lahren threw at the Sundance Film Festival in Utah this past week. (There was also a celebrity-dense Women’s March at the festival, too. Sundance was busy this year.)

I don’t know who the hell this @TomiLahren person is, but this is unacceptable!! #IStandWithShane
pic.twitter.com/gyrjnKsW10

The above video, in which Dawson is heard accusing security of booting him from the event for holding his boyfriend’s hand and alleging that his leg was injured, was posted to Snapchat in a series that was collected and reposted by fans. It and his previous tweets have been deleted now, but new one popped up.

i’m sorry for deleting all of this. i’m overwhelmed and i need to process this. love u guys. please love each other. ❤

i wanna make videos that make people laugh. i don’t want to be apart of this kind of stuff. it just happened. i’m sorry guys

i’m not trying to be dramatic and i don’t use that to get views. i make content i’m proud of and i don’t talk about this stuff.

tonight something intense happened & it opened my eyes to a lot. but i’m not trying to “drag” or hurt someone else even if (cont)

(cont) if i don’t agree with them. i never want to be that person. i just want people to like me. this has all just been a lot. :(

Not long after the videos gained traction, #IStandWithShane began trending and Lahren came under attack for allegedly removing them from the event for being romantic. The online fury was, as usual, swift.

#IStandWithShane because it’s 2017 and we should’ve stopped discriminating people based on who they love years ago.

i just read about what happened to @shanedawson and @Ryland_Adams – the people responsible should be ashamed. #IStandWithShane #LoveIsLove

In full, it reads as follows:

Let’s talk about this fake news circulating tonight by Shane Dawson. I hosted an event called “Remind the Nation” at the Sundance Film Festival. The event showcased the amazing work of Zero Film Productions and The Veteran’s Project, among other veteran organizations. It was a celebration of the service and sacrifice made by our veterans and active duty service members. I was taking photos after the film screening when two gentlemen approached me for a photo. I was happy to do it. I put my arms around them when all of the sudden they jumped in front on me and started kissing. They were not there to support the event. They were not there to take a photo with me. They were there to instigate and make a spectacle to advance whatever political message they placed above common courtesy for our veteran event. These are the tricks of the Left. Designed to instigate and make a scene. It’s sad they choose to play the game and make a scene when I welcomed them to take a photo with me. Security escorted them out because they were causing a scene at our private event. Go ahead and spread your fake news. It’s sad you stand on such flimsy moral ground you have to create a fake story for attention. Though you tried to detract from the night, you failed. The unloving and intolerant Left strikes again but whatever you were trying to do didn’t work. The Left has become so desperate for validation they resort to instigation, planned stunts and outright lies to remain relevant and garner attention. Sad. Anyone who knows me knows I am a social moderate and have always welcomed the LGBT community to my show. The dialogue has always been open to you as it is to anyone I may disagree with or differ from. It’s sad you didn’t take the opportunity to engage in a meaningful conversation but rather tried to disrupt and derail an event for veterans and service members. God bless our veterans and those who support and honor them. Those there know what happened. God knows what happened. If you had an ounce of dignity you wouldn’t drum up a fake story for attention. Praying for you.

See, she’s contradicting the allegations altogether and claiming that Dawson and his boyfriend deliberately tried to provoke her and, in her view, disrespect veterans in the process. Essentially, she’s accusing him of pulling an Adam Saleh to get views.

Lahren lambasted the “tricks of the Left” and insisted she is and has always been open to LGBT people and supported their rights.

No videos or photos of the incident in question have been released, but when and if they are, we will let you know.