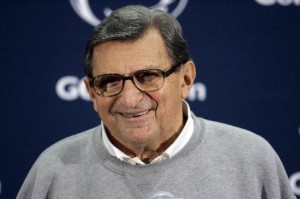 Whenever there is a story in which the news media is universally on one side, the narrative doesn’t make sense, and it clearly benefits them, you can be pretty sure that something is wrong, probably VERY wrong. There has never been, and probably never will be, a better/worse example of this truth than how now deceased Penn State football coach Joe Paterno has been treated by the news media in the last five years since the “Jerry Sandusky Scandal” broke nationally.

We are seeing that yet again as the news media is blindly piling on Penn State for a much over-hyped (I am told reliably that the event will be no big deal) plan to “honor” Paterno this Saturday to mark the 50th anniversary of his first game as head coach there. Scores of mainstream media opinions have scathingly condemned Penn State for daring to recognize this historical event because Paterno supposedly at least “enabled,” if not overtly “covered-up” the crimes for which Sandusky was convicted (weirdly, none of them seem to object that USC still displays a giant version of O.J. Simpson’s jersey in their end zone for every Trojan home game).

While I have written here a couple of times before about why I know Paterno to have been completely innocent in the Sandusky fiasco (though I have no connection to Penn State I have investigated the case for over four years and appeared in two major Today Show interviews with Matt Lauer to discuss my findings), I was going to let this occasion pass without comment. That changed, however, when Christine Brennan of “USA Today” wrote this piece last night castigating Paterno as someone who had “clear involvement” is Sandusky’s crimes and calling on Penn State to cancel this simple occasion.

The reason this provoked me to respond is that Brennan’s clueless column represents so much about what is wrong about journalism today, way beyond the grave injustice that the news media has done to a legendary football figure. You see Christine and I go way back. I gave her the title for her second figure skating book. She started on the golf beat for “USA Today” largely because I told her that this amateur by the name of Tiger Woods was going to change the world and that she needed to get on that bandwagon. At one point, very briefly, we kind of dated. 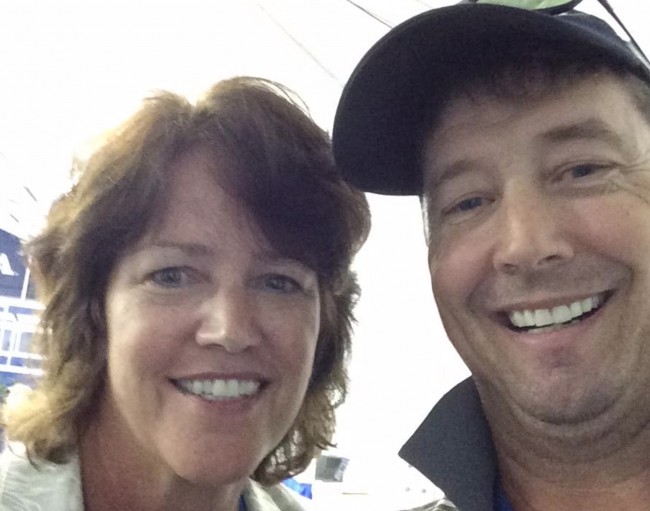 When she started continually moralizing on Paterno after the release of the Freeh Report in 2012, I got back in touch with her after many years without contact. I warned her that she was heading down an inaccurate path, but at that point in my investigation I wasn’t 100% sure.

Then, in 2014, we met at the PGA Championship in Louisville, Kentucky and she agreed to hear me out in person. For well over an hour I explained in great detail about how nearly everything the media thought had occurred at Penn State was either highly questionable, or totally false. I thought that she “got” it and was at least somewhat pleased that she didn’t seem to write about the case for quite a while after that.

But when the recent reports of the Penn State settlements with Sandusky accusers supposedly revealed that two payees had claimed, with zero real evidence or logic, that they had told Paterno personally of their abuse, Brennan went right back to the nonsensical “cover up” narrative (which she once told me she knew she had done a good job of reporting on, because get this, her stories were very POPULAR!). She never even bothered to ask me (a person she once trusted and knows has devoted a huge portion of his life to the case in a way she never could) a single question and she didn’t respond to a mostly polite email I sent her in reaction to her latest piece.

I obviously don’t know for sure, but it seems to me that Christine may not WANT to know how/why her version of this story is wrong because the current narrative has been so good for her. In a very real sense, she and the vast majority of the news media are like five-year-olds being told that there is no Santa Claus. They simply are too invested in the fairytale to even listen.

While the full story of what really happened with Joe Paterno and Jerry Sandusky is FAR too involved to get into here, there are a few basic facts that everyone should know regarding Joe Paterno’s lack of culpability.

We live in an era where instant easy narratives created by an incompetent and corrupt news media are nearly impossible to reverse. Real life is complicated and usually the truth can’t be fit on a tweet. But the truth should still matter, at least a little. In this case, tragically, it has not. The truth of this saga is that, without Joe Paterno’s actions, Jerry Sandusky would undoubtedly be a free man right now.

The news media needs to stop blindly believing their fairytale here and learn the basic facts of the case. I can assure you that real story here is way more fascinating, and it doesn’t include a cover-up of child sex abuse to protect football.