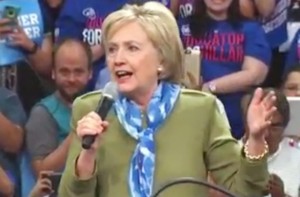 A leaked email from Hillary Clinton campaign chairman John Podesta reveals the campaign vetted nine billionaires and businessmen as potential vice presidential candidates, all but one of whom donated large sums to the Clinton Foundation in some capacity.

The nine names vetted by the campaign include:

The only high-profile CEO listed as a potential running mate who didn’t donate to the Clinton Foundation appears to be Xerox CEO Ursula Burns. Burns, the first African-American women selected to head a Fortune 500 company, did headline the 2015 Clinton Global Initiative. Xerox also personally paid Clinton $225,000 to give a closed-door speech on March 18, 2014.