Hot Tub Time Machine Takes Us All Back, Wetly

Hot Tub Time Machine Takes Us All Back, Wetly 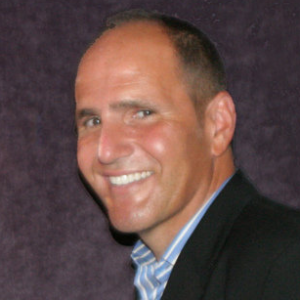 Do you ever find yourself dreaming of a simpler time? You know, a time before you had the high-pressure responsibility of paying off your mortgage, when you feared the Russians more than crazy right-wing political commentators from your own country, and when you didn’t have to put on 3D glasses every time you went to the movies? Ok, seriously, since Avatar was released, a 3D film has ruled the US Box Office on a weekly basis, and that trend seems destined to continue this weekend with the release of Dreamworks’ How to Train Your Dragon. But yes, if like me, you yearn for the simpler days of yore, I invite you to check out this weekend’s instant classic release at your local cineplex, Hot Tub Time Machine.

Four simple words in that title. Four words that seemed like they were destined to join each other in cinematic history…it was just a matter of time. If only I had a time machine and I could go back in history and write this movie myself. Then again, silly me, I never realized that a hot tub was destined to be the state of the art mode of time travel in 2010. Deloreans you say? Hah, so 1985. Just get me to the nearest ski lodge with a case of Red Bull and I’m all set. Although, I must say, hot tubs have always made me feel like I died and went to heaven, but perhaps that’s too much info.

Ok, if you haven’t guessed from the title, Hot Tub Time Machine is one very silly movie. If you are the type of person who has pondered and analyzed to death the time travel dynamics on display each week during Lost, this movie probably is not for you. It’s like that old adage, it doesn’t matter how you go back in time, it’s what you do when you get there. Wait, haven’t heard of that one? Ok, I just made it up, but wonky logic aside, this film still strictly adheres to some of the basic tenets of time travel set up way back in 1985 in Back to the Future. You know, one little change to the past can create a butterfly effect that will irrevocably change the future. Serious stuff. Thank goodness then that this is a raunchy comedy primarily concerned with mixing its gross out humor along with making fun of all things 80’s, especially and most importantly 80’s cinema. 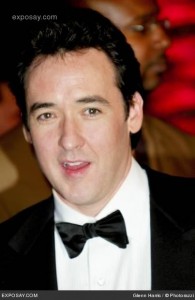 Yes, what makes this film stand out in my mind is the instant cinematic nostalgia trip it provides. In fact, it’s possible to just watch this movie and play a game of spot the 80’s film reference. Such cable classics such as Better off Dead, One Crazy Summer, Red Dawn, Sixteen Candles, Real Genius, Say Anything, The Karate Kid, and of course, Back to the Future, are either directly or indirectly paid homage to during this time travel trip, all to wonderful comic effect. And of course, the ultimate 80’s reference on display, is the fact that Hot Tub stars John Cusack in a role that is a direct cinematic tribute to his early screen classics (go ahead, try and tell me that Better off Dead is not a classic. “I want my 2 dollars” indeed). Seriously, since the 80’s ended, Cusack has always seemed more concerned with appearing in serious, arty fare (films like The Grifters, Eight Men Out, and, of course, 2012 – I kid) rather than embracing his former teen dream days. But here we have the Cusack as everyman that captured our hearts all those years ago. Welcome back Johnny. We missed you.

Though to be honest, this film belongs to one of Cusack’s co-stars, Rob Corddry. Prior to boogying in this Hot Tub, Corddry was best known to audiences for his stint as a commentator on The Daily Show with Jon Stewart. Rob, prepare to meet your destiny as our latest film comedy superstar. Corddry owns this film. His character provides the heart and soul of the film, propels the action forward, and most importantly gets the biggest laughs. Keep an eye out for a scene involving a sports bet (as Corddry’s character is from the future and has learned the important life lessons from Biff in the Back to the Future series, i.e. knowing the outcome to sporting events from the future can make you rich), a possible bathroom sex act and liquid soap. Saying any more would not only ruin the joke, but quite likely make you sick.

If you have noticed, I really haven’t even touched on the plot of this film. Let’s just say that’s intentional and not because I’m afraid to spoil some deep dark twist. This film is all about the ride and reveling in 80’s nostalgia. It makes me wonder if 25 years from now there will be a time-travel movie that makes fun of life in 2010. No doubt there is much to be made fun of, even if today it makes most of us want to cry. I’m working on a draft of Ipad Time Machine right now, I’ll keep you posted.

Jonathan Fuhrman is a lawyer and former studio exec who writes the “Smart Hollywood” column for Mediaite. Find him on Twitter @smarthollywood, and reach him at smarthollywood@gmail.com.