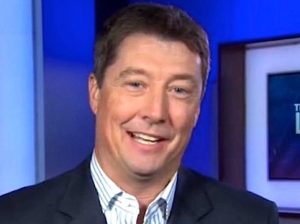 For a little longer than the past two years, I have hosted a national-syndicated radio talk show on Sunday nights. Tonight will be the last live broadcast of that program (though I still hope to continue the show as a podcast).

It is hardly unusual for talk shows to end, but this situation is unique and noteworthy for reasons which have nothing directly to do with me. The first element which is rather rare is that the decision to end the program is entirely mine. The second is that a significant part of why I have made this choice is because a member of my own political party was just elected president of the United States.

Like with most big situations in life, there are a complex series of unrelated circumstances which are behind the decision. Some of these have nothing to with Donald Trump, of whom I have been an ardent critic from the very start of his campaign, right through to today.

As the CEO of the corporation which owns and produces the show, I made a lot of very bad choices regarding how the program would be structured from a business standpoint. Some of them were based on me being given very bad information, other parts were because I was flat-out lied to. A lot of it was because, when faced with very bad options, I made some poor judgments. Bad luck didn’t help either.

However, because of the unique nature of this endeavor, the business aspect of this is not the primary reason why the show is ending. My investors were willing to keep going with the effort because their goal was to create a good product where my version of the truth could be disseminated nationally without overbearing economic or ratings pressures. While they didn’t want to lose a lot of money, they fully realized that there was a good chance that their investment might not see a return.

It is this highly unusual element of the program which makes its demise far more interesting and relevant commentary on the sad state of talk radio. It is my view that, of all the many factors working against the “truth” in modern media, the most pervasive and under appreciated is that economic factors force truly truth-based content to climb uphill and into a strong wind. Meanwhile, news/opinion which can be carefully crafted to make a particular strategically targeted audience demographic feel good about what they already want to believe, has an enormous advantage when it comes to surviving the ratings/revenue game. This is especially so in the era of Trump.

In a very real sense, my show was an experiment to test whether it was possible for a radio show that simply called things like I saw them, and which didn’t consciously pander to the bulk of the “conservative” audience which listens to talk radio, could endure. I not only failed in that experiment, I did so in such a definitive fashion that I knew that there was no hope for a dramatic turnaround (especially once Trump was elected, after I had predicted for over a year that he wouldn’t be).

Interestingly, it wasn’t because the show didn’t get ratings. While reliable data for the program’s popularity was limited, there were real signs of success in that realm. The business model for talk radio in general, weekend programming more specifically, and my program in particular, are all very badly broken. Good content is completely irrelevant and even ratings, on their own, can be basically meaningless.

Because of vast changes in technology and media which have greatly increased talk radio’s competition for audience, and because of a significant aging/shrinking of the core listenership, the industry has needed to rely on verbal “prostitution” to remotely maintain previous levels of revenue. This has meant a lot more “infomercial” programing (what I refer to as the “crack cocaine” of the industry), especially on weekends where now real listeners are basically told to go away on Friday afternoon and not even think about coming back until Monday morning.

It has also meant that, even during prime-time on weekdays, the tail is now wagging the dog when it comes to content. Gone are the days when a host could simply give their unvarnished opinions without fear of turning off listeners (because now every listener is precious and they have so many other places to go for opinion programming). Today, much of the time hosts are now mimicking what they think their audience wants to hear rather than telling it like it really is (in the era of Trump, this often requires “conservatives” to check their conscience outside the studio).

This is a large part of why Donald Trump’s primary run was so embraced by the “conservative” media in general, and talk radio in particular. His base of support was so large and passionate that very few hosts could risk pissing them off by telling the truth about Trump. His candidacy was also getting new people passionately interested in the race (in radio, intensity of listenership is sometimes more important than overall size) who were the very type of voters who, do due to economic limitations, still gravitate to the radio.

As this campaign was evolving, I was very much aware that, by being so strongly anti-Trump, I was stunting the potential growth of the show. However, because I am biologically incapable of faking an opinion, there was never really anything I could do about it. I also figured that Trump would lose to Hillary Clinton and that most of the industry would have egg on their faces, so I thought there was a chance that in the long run it might all still work out (as is usually the case when I experience a rare spell of optimism, I was wrong).

Interestingly, as the general election began, my female co-host, whom I had known for twelve years and had a “close cousin” type of relationship with, suddenly began to be extremely pro-Trump. Given her almost pathological hatred of Hillary, it didn’t surprise or bother me that she supported him, but as her level of devotion to him increased, it began to create some serious tension between us, both on and off the air. At times this dynamic created intense and electric radio, and at others it went too far and even threatened our friendship.

After Trump’s upset win, it quickly became clear to me that there was no way for the show to be viable in the long-run. First, a technical issue  (which never would have a created a huge problem between us without the Trump situation having eroded our mutual trust and artificially increased tensions between us) spiraled into my co-host leaving the show. Then, it became abundantly clear that even the meager conservative resistance to Trump in the right-wing media was going to melt away as quickly as a candle in a blast furnace. Finally, polls overwhelmingly showed that huge numbers of Republicans not only strongly approved of Trump, but now suddenly agreed with him on even his liberal positions (even on Russia and Vladimir Putin!). The “conservative” movement had suddenly been transformed into a cult dictated by the whims of one, very unstable, and rather liberal, man.

In a remotely sane world, all of this would INCREASE the need for a national “Never Trump” show on talk radio, but that universe clearly no longer exists. It’s not just that I am “selling” a narrative which at least 80% of the audience doesn’t agree with. It’s that my view actually makes the majority of that pool of listeners truly feel badly about themselves, or makes them conclude hilariously that I am now a liberal sell-out. They would much rather hear about how Trump is kicking Democrat ass (even while he’s actually doing quite a few liberal things) and making “Make America Great Again.”

To be clear, I have zero fear of going against the grain of conventional wisdom (I actually kind of enjoy it). I just know when I am beat and I just can’t in good conscience spend the money of other people in an endeavor which I know now has no hope of success in the current environment.

It’s not just the commercial/corporate need to support Trump like he is some sort of king, which I simply can’t make myself do. An even bigger factor in killing my desire to keep fighting this uphill battle is Trump’s complete assault on the value of truth itself. In a very real sense, I feel like an investor who put their life savings into gold and then found out one morning that gold (in this “post-truth” era of Trump) is now deemed to be completely worthless.

I am well aware that my critics will take great glee in my failure. Heck, Sean Hannity has already attacked me multiple times on Twitter (in a manner which indicated he thinks a “principled stand” has to be an “act”) for having written here about how being a “Never Trump” conservative is lousy career move, and was never intended as anything other than act of intellectual courage.

Tellingly, Hannity said that for me to claim to be principled was just an excuse for my failure. However, I am very willing to admit that I failed here. I also have no problem with the concept that elections have consequences and that I was on the “wrong” side. I just wish that “successful” talkers like Sean would admit that they sold their souls to facilitate whatever it is that will come next thanks to Trump, and that they own it.

The really unfair part here is that when Trump turns out (which probably won’t be clear until years from now) to have been an obvious mistake, Hannity and his kind will not suffer any of the same consequences. This of course means that the outrageous behavior during this campaign by “conservative” talkers will only be rewarded, and that nothing will really change. However, much like Trump himself, I am still very confident that what we have witnessed here is effectively a “dead cat” bounce for talk radio, and that it is just a matter of when, not if, the entire industry either undertakes a radical reformation, or goes the way of my show.
— —