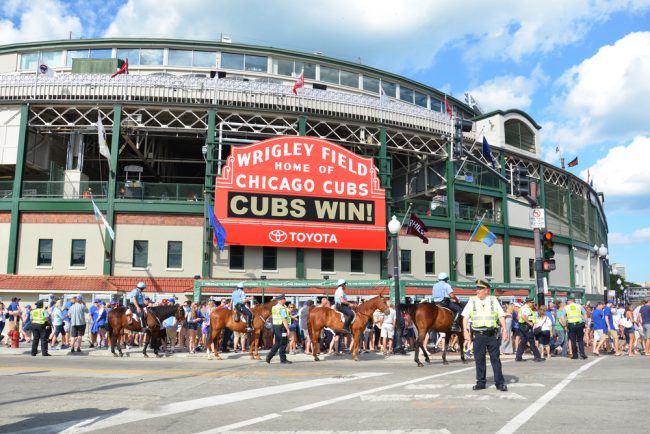 The Chicago Cubs staved off elimination Wednesday with a 3-2 victory over the Los Angeles Dodgers in Game 4 of the National League Championship Series. Now, can they do it again in Game 5 and get the NLCS back to L.A.?

Chicago managed to scratch across three runs by way of the longball on Wednesday night. Javier Baez hit a pair of dingers, while Wilson Contreras added a solo shot and the Cubbies lived to fight another day. The prospect of a daunting comeback certainly won’t faze this group — one year removed from winning the World Series after trailing Cleveland three games to one.

The Dodgers had won six straight games to kick off the postseason. But they finally dropped one on Wednesday, despite more than three innings of scoreless baseball from their bullpen — which has been lights-out thus far in October. They’ll look to close out the series without having to go back home on Thursday night.

Jose Quintana gets the ball for Chicago, while all-world pitcher Clayton Kershaw takes the hill for the Dodgers.

First pitch is 8:08 p.m. ET. Brian Anderson and Ron Darling have the call. The game will air live on TBS. The network will stream the game free for cable subscribers on the Watch TBS app, which can be downloaded via the iTunes store, and the Google Play store.