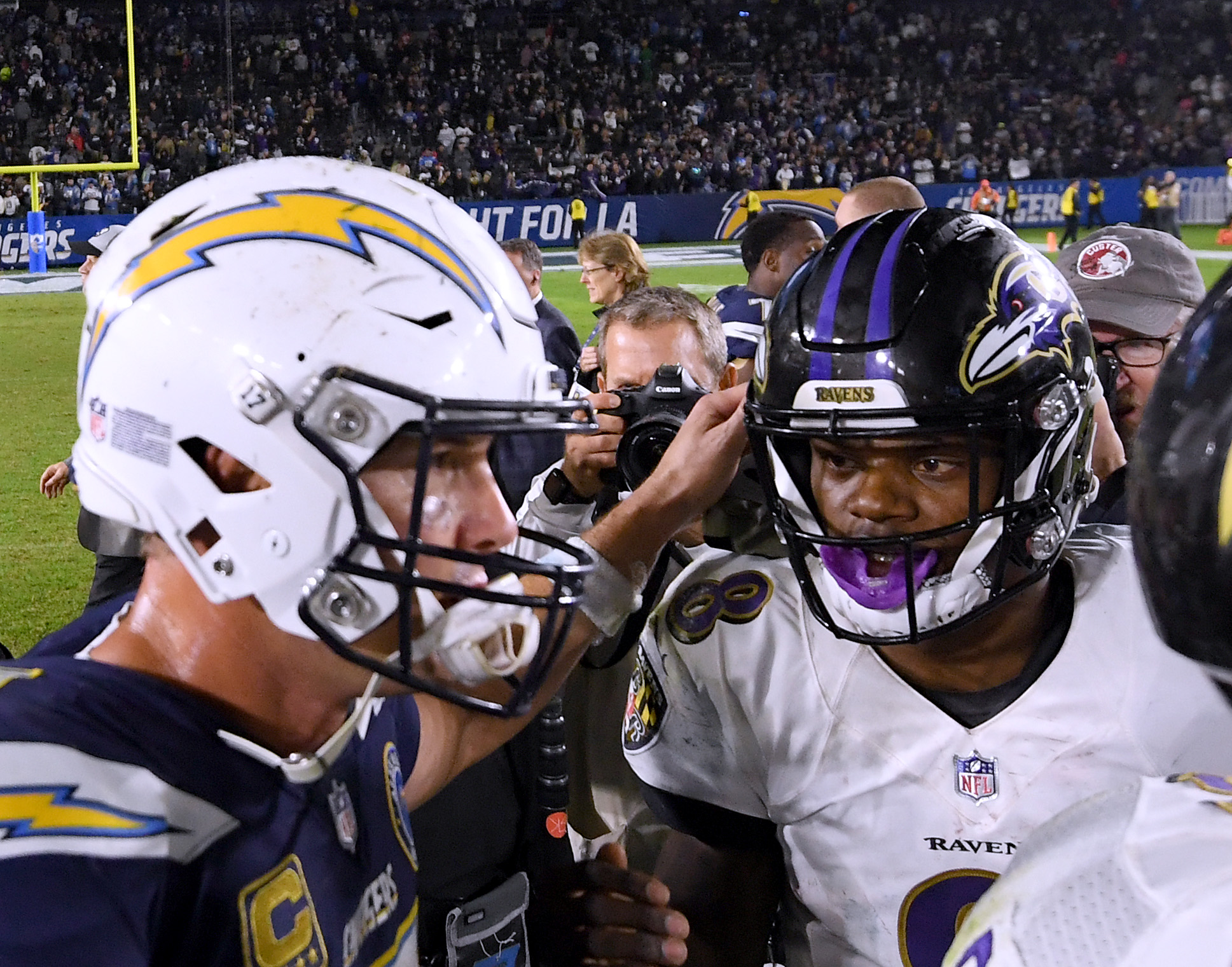 Sunday’s Wild Card doubleheader kicks off with a fun AFC clash between a pair of hot teams, as the Los Angeles Chargers head east to take on the Baltimore Ravens — with the winner earning a trip to New England next Sunday to take on the Patriots.

Baltimore has been superb ever since rookie quarterback Lamar Jackson took over for longtime starter Joe Flacco. Jackson’s speed has brought a new element to the Raven offense, making that unit quite difficult for opponents to handle. Couple Baltimore’s recent offensive potency with their standout defense, and the Ravens are arguably most balanced team left in the playoff field.

Is this the year for Chargers quarterback Philip Rivers? The longtime star has watched fellow 2004 draftees Eli Manning and Ben Roethlisberger each win two Super Bowls. Now, despite being faced with the prospect of three road games in the AFC playoffs (barring an Indianapolis win next week in Kansas City), Rivers has arguably his best chance yet to go all the way. His team’s thrilling late-season victory in Kansas City served notice around the league: the Chargers are for real.

Kickoff is shortly after 1:00 p.m. ET. The game will be broadcast on CBS. Jim Nantz and Tony Romo have the call. The game can be streamed via CBS All Access, which is a pay subscription service. However, users can sign up for a one-week free trial via this link.