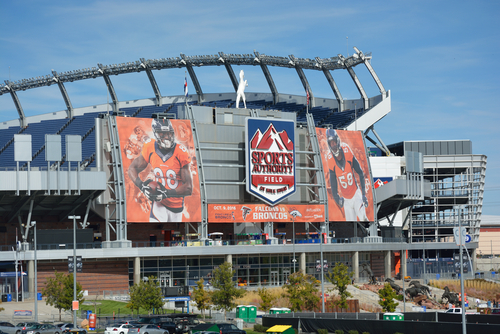 The Monday Night doubleheader concludes with an AFC West showdown in Mile High between the Denver Broncos and — for the first time ever in the regular season — the Los Angeles Chargers.

Denver had a winning record at 9-7 last year, but was unable to make the playoffs coming off of their championship run a season earlier. Trevor Siemian returns as Denver’s starting quarterback. But it’ll be up to Von Miller and the Broncos defense to carry the squad as they look to turn the tables on Kansas City in the AFC West chase.

Three teams finished above .500 in the AFC West in 2016. The one which didn’t was the Chargers. They’ll look to rebound, and do it from a new location — as the Chargers have moved to Los Angeles for the 2017 season. But in the loaded AFC West, a change of scenery probably won’t do much good.

Kickoff for is set for 10:20 p.m. ET. Beth Mowins becomes the first woman since 1987 to serve as the play-by-play announcer on an NFL game. She’ll have the call alongside former Bills coach Rex Ryan. You can catch the action live on ESPN, or stream it online free with a cable subscription via WatchESPN on your pc, phone, or tablet. The NFL Mobile app offers another way to watch on your phone or tablet. Both apps can be downloaded from Apple’s iTunes Store, and the Google Play Store.