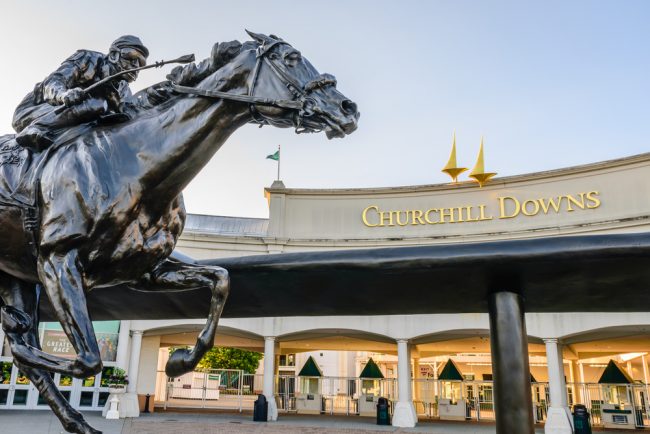 It’s time, once again, for greatest two minutes in all of sports. Twenty 3-year-old colts and geldings comprise the field for the 143rd Kentucky Derby at Churchill Downs in Louisville on Saturday.

Experts regard this year’s field as somewhat below average by Derby standards, which could mean the streak of four consecutive Derby favorites crossing the line first will come to an end. The connections of Classic Empire, winner of the Arkansas Derby, are hoping that’s not the case. He’s the morning line favorite, and likely post time favorite for trainer Mark Casse. The 3-year-old will break from post 14, with jockey Julien Leparoux in the irons.

Other key contenders include Always Dreaming, the winner of the Florida Derby. He’ll leave from post 5 with John Velazquez aboard. McCraken, who is 3-for-3 at Churchill Downs. He’ll have Brian Hernandez Jr. up, and depart from post 15. And Irish War Cry, winner of the Wood Memorial. Rajiv Maragh rides from post 17.

The feel-good story of this year’s Derby is undoubtedly Patch. Patch has one eye, but was kept in training and managed to qualify for the Derby field. He’s a longshot, but he’ll have plenty of support on Saturday. Derby rookie Tyler Gafflione gets the call on Patch, and the two will break from the outside stall, post 20.

The track has taken a ton of rain over the last several days and is almost certain to be rated sloppy at post time. But the good news is that the sun is currently shining bright on the old Kentucky home, and it is expected to do right up until the gates spring open.

It truly is one of the great sporting events in America: the Kentucky Derby. Which horse will capture the nation’s collective heart in 2017?

Coverage begins at 2:30 p.m. ET, with post time for the race at 6:34 p.m. ET. NBC will broadcast the action live, and also stream it on their website, free with a cable subscription. They will also stream the game on mobile devices via the NBC Sports app, which can be downloaded via the Apple App Store, and the Google Play Store.