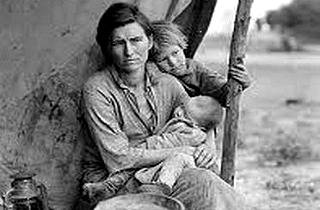 In October, Linda Walther Tirado wrote a painful and heart-rending entitled Why I Make Terrible Decisions, or, Poverty Thoughts, which chronicled her struggles with near abject poverty. This week, the post was republished in The Huffington Post where it spread like wildfire across the internet and made the jump from the web into cable news. On Tuesday, however, it was revealed that Tirado’s claims were a dramatic exaggeration.

Tirado began with a variety of horrific tales of her struggles with poverty. She detailed how poverty is self-perpetuating and being poor results in poor decision making, resulting in a destructive spiral from which it is near impossible to escape.

I make a lot of poor financial decisions. None of them matter, in the long term. I will never not be poor, so what does it matter if I don’t pay a thing and a half this week instead of just one thing? It’s not like the sacrifice will result in improved circumstances; the thing holding me back isn’t that I blow five bucks at Wendy’s. It’s that now that I have proven that I am a Poor Person that is all that I am or ever will be.

“We don’t apply for jobs because we know we can’t afford to look nice enough to hold them,” she revealed.

Tirado’s republished confessional in The Huffington Post received more than 4 million views and was featured by MSNBC host Touré. He was clearly moved by the plight of this woman.

“Poverty is sticky,” the MSNBC host opined. “It clings to you, leaves physical markers on the body.” He singled out a portion of Tirado’s essay that was particularly sympathetic.

I have missing teeth and skin that looks like it will when you live on b12 and coffee, and nicotine, and no sleep. Beauty is a thing you get when you can afford it and that’s how you get the job you need in order to be beautiful.

“When so much politics is about battling over whether to give one more crumb to the poor or give them none, we are going in the wrong direction,” Touré asserted.

But an investigation into Tirado’s background by the Houston Press’ Angelica Leicht revealed that the blog post’s author is a private-school-educated Democratic activist who wildly exaggerated her circumstances. She owns a home as the result of her parent’s generosity. She has worked in politics since 2004 and has called herself a private political consultant since 2010.

She’s married to a Marine, has met President [Barack] Obama while interning for a politician (who obviously wasn’t disgusted by those rotten teeth), and has plenty of time to visit Las Vegas on vacation. And blog about her privileged life on WordPress.

She speaks both German and Dutch, and has a well-rounded political blog that ended in 2011. It’s also a blog where she quite plainly references being paid to win races.

After being revealed as having greatly exaggerated her living standards, Tirado took to her GoFundMe blog to confess. National Review’s David French flagged her admission of guilt:

And that is the answer to the question many of you have asked. How is it that someone with such clarity and evocation has any right to assert that they are poor? It is likely untrue. Well, it is and it isn’t. You have to understand that the piece you read was taken out of context, that I never meant to say that all of these things were happening to me right now, or that I was still quite so abject. I am not. I am reasonably normally lower working class. I am exhausted and poor and can’t make all my bills all the time but I reconciled with my parents when I got pregnant for the sake of the kids and I have family resources. I can always make the amount of money I need in a month, it’s just that it doesn’t always match the billing cycles.

Tirado’s tale of deprivation is far sexier than the truth and the myth of her trials will likely persist for far longer than the reality of her comfortable middle class existence. One wonders if commentators like Touré will correct the record after having promoted Tirado’s story or if he will simply let the lie stand and suggest that her account may not be literally true but he is certain that such a story is true for someone.

The latter is far more likely.