Jake Tapper Responds to Don Jr. Over Twitter Swipe: ‘Reading Between the Derp…’

Jake Tapper Responds to Don Jr. Over Twitter Swipe: ‘Reading Between the Derp…’ 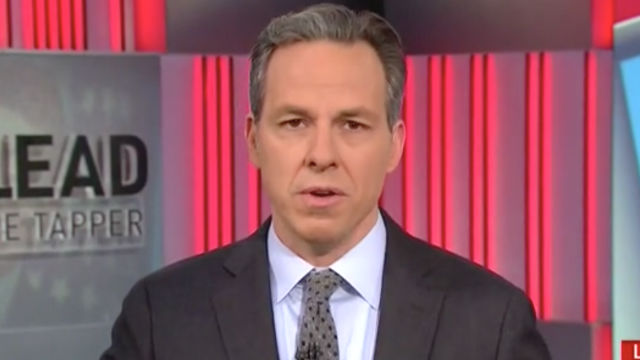 The news of FBI Deputy Director Andrew McCabe stepping down set off Twitter and led to a rather frank exchange between Jake Tapper and Donald Trump Jr..

The President’s son quickly took to Twitter with his reaction:

So they will keep him on till then despite all this to make sure the American tax payer is stuck paying him for the rest of his life? https://t.co/5MVh9xAUxR

Strange timing. “Stepping down” the day after FBI brass sees the memo. I wonder what’s in there? #releasethememo https://t.co/Wbd37zU9f1

And then he responded to Tapper, after Tapper brought up President Trump‘s public attacks on McCabe:

Yea right, that’s why he stepped down a day after the FBI saw the FISA memo and the day the house votes on its release. Sure. That’s it. Now the other media sheep have their talking points. Go spread the gospel.

Who do you think you’re kidding at this point? #ReleaseTheMemo https://t.co/NjJv54lStb

To which Tapper responded…

Reading between the derp and brushing aside the insults, Donald Trump Jr seems to be suggesting that McCabe's resignation is tied to the release of the Nunes memo. The House Intel Committee might vote on the release today. https://t.co/6XnHkue7nt