Joan Walsh Undercuts Her Entire Dumb Column with One Line 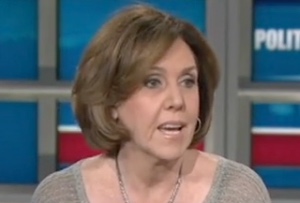 “While I think race plays a role in many white voters’ rejection of the president and his party, it’s clear there’s something else going on, too, and it has a lot to do with economic insecurity.”

“Running away from the president, many [Democrats] were unable to tout the good news about the economy and Obamacare, however incomplete.”

“On the economy, voters supported Democrats’ stands on the issues, but wanted more.”

Up to this point, Walsh’s readers are humming along, content in knowing that the author is saying the familiar things they’ve come to know and love, year in and year out.

But then Walsh, for reasons the universe will never be able to explain, undoes everything she just said.

“The overwhelming issue in the midterm election,” Walsh tells her readers, who are about to find out Santa isn’t real, “was sustained pessimism about the economy, despite the ‘recovery,’ because the recovery has only reached the very wealthy.”

Walsh spent an entire column bragging about how well Democrats have done with the economy and then slipped it in that things have actually only gotten better for “the very wealthy.” She even did it without a warning.

Sorry, Walsh readers. You had to grow up some time.