John Ziegler On Olbermann, David Keene, And His Conservative Critics 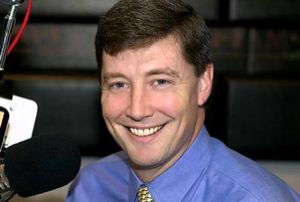 Last week this website reported on two rather unique and interesting stories involving me. The first dealt with my attempt to get answers from David Keene, who is the head of the American Conservative Union and CPAC. The second focused on my offer to Keith Olbermann to pay his favorite charity $100,000 if he agreed to devote one of his shows to debating me about Sarah Palin who he claims I defend because of a “crush.” I wish to address some of the issues that have come up in response to these news items.

When I first wrote about the Keene episode for Mediaite I predicted that the same conservative media that allowed Keene to get away with the transgressions that I asked him about (because no one else had done so) would also give him a pass here. But even I was a bit astonished at just how transparently gutless and impotent the vast majority of commentators have been in their reaction to this incident.

Let’s review. As the video clearly shows, while at Western CPAC Keene agrees to do an interview with me. I ask him questions he doesn’t like and after seven minutes or so he gets up to off the couch to try and run away. I keep asking him legitimate questions for another two minutes, which Keene does not answer. He then swats my microphone, threatens to hit me, and calls me an “asshole” (twice) and a “scumbag.” He then goes into the “speaking” area and I stop going after him as to not create a major disturbance. I quietly and sarcastically offer Keene $20 if he writes a positive op-ed piece about Sarah Palin. Finally, I am dis-invited from speaking and the cops are needlessly called to escort me off the premises.

What has been the overall reaction to this from the conservative blogosphere? Generally, the scrutiny has been almost entirely on me and legitimacy of my tactics rather than on the pathetic behavior and non answers from David Keene. Others have simply chosen to preserve their viability as future CPAC speakers by ignoring a story that was that rare combination of both entertaining and important.

While some have been very supportive of my “side” (generally those who were actually at the conference) even they have, to my knowledge, made no legitimate effort whatsoever to even ask Keene about what he did or, more importantly, the underlying issues that caused his meltdown.

To me, that is probably the most amazing element of all of this. How in the world does the head of the ACU have a complete meltdown, on camera, over substantive issues that no one has confronted him about, stifle free speech, and NOT EVEN GET ASKED ONCE TO EXPLAIN WHAT HAPPENED???!!!

So while Keene walks away with the conservative media in his pocket, many questions have been asked of me (and, for the record, I, unlike Keene, am happy to answer every one of them). Most of them have focused on when I should have stopped the interview and claim that I went too far. I find this argument most laughable because if, in the heat of the moment, I had somehow acted exactly how these armchair quarterbacks would liked me to, absolutely no one would have paid any attention at all to the interview, including the very pundits who claim that I would have been more effective if I had been more of a gentleman and kissed Keene’s ring as he bailed from the interview.

Next page: Why “the conservative media completely blew this one”