Who Is Icelandic Legislator Birgitta Jonsdottir And Why Does She Want Julian Assange Fired? 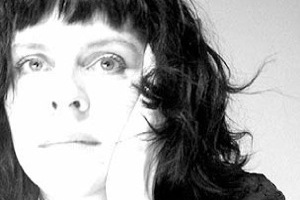 Julian Assange is in serious trouble. The Wikileaks figurehead seems to be fighting tooth and nail to keep his job. “Anonymous inside sources” are suggesting there’s mutiny on the Wikileaks ship, and at the forefront of this opposition is Icelandic parliamentarian Birgitta Jonsdottir, who calls Assange a “good friend” but has encouraged him to step aside. So, who is she?

Jonsdottir tells the Daily Beast that she cares about and respects Assange, and is “not angry” at him, but that the fate of the organization cannot hinge upon his personal struggles. “Somebody needs to say this,” she told the Daily Beast, “If it means I get banned, I don’t care. I really care very much for Wikileaks and I do consider myself to be Julian’s friend. But good friends are the people who tell you if your face is dirty. There should not be one person speaking for WikiLeaks. There should be many people.” While other anonymous sources have indicated that the temporary shutdown of Wikileaks was a sign to Assange that he didn’t have as much power over them as he thought he did, Jonsdottir did not comment on that, but only on the fact that she would rather not be involved in his sexual molestation case and would very much not like to see Wikileaks sullied by that mess, which she also sees no reason to believe is a Pentagon smear campaign.

The fact that the Daily Beast gives Jonsdottir so much heft in their piece indicates that she does, in fact, have a relatively high-up position in the organization, but given Wikileaks’ shady nature, she has received little limelight. A Google crash course on Jonsdottir provides some background aside from her now vocal position as an Assange opponent:

In other words, she’s probably one of the most measurably powerful people in Wikileaks, and she’s the kind of friend that makes sure you look at least halfway decent when you walk out the door. And she’s not afraid to point out faults, whether it’s the fact that you need a haircut or, as she says in the Daily Beast interview, “Julian is brilliant in many ways, but he doesn’t have very good social skills… and he’s a classic Aussie in the sense that he’s a bit of a male chauvinist.”

Like every other thing in the ridiculous sci-fi erotica novel that is the Wikileaks saga, nothing is known for sure and every possible conclusion seems wrong. The most likely scenario here is that, behind the smokescreen of titillating, semi-fictional sex scandals that Wikileaks’ hapless tragic hero has somehow found himself in, there’s the story of yet another anarchist idealist in history being used and sent to the slaughterhouse by powerful forces of major international Marxist/anti-American movements that he doesn’t understand. Now that his reputation is tainted, he is disposable, and while he always seemed to believe himself indispensable, the people he was serving always knew better than to believe that.

Is Birgitta Jonsdottir one of those agents? That has about a coin flip’s chance of being true; she could simply be a beloved friend that is sick of watching someone she cares about implode, or yet another disgruntled female employee at a company that the media narrative has branded a sexual harassment nightmare. Whatever the case, Assange’s fate will probably not hinge on her motive, and the fate of those still fighting in areas compromised by the Afghan War Diaries will have even less of a reason to care.