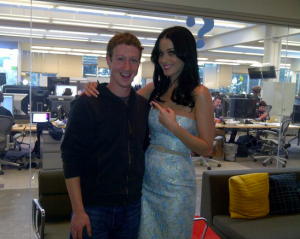 Yesterday mega-pop superstar Katy Perry visited Facebook for a livechat with Randi Zuckerberg and a tour of the office, and many photos were taken. Many, many photos.

In addition to evidently being an excellent sport, as she posed with umpteen photos with Facebook staffers and chowed down in the cafeteria for Nacho Wednesday in the Facebook Cafe, Perry was also evidently impressed with Facebook’s Person-of-the-Year inspiration-for-the-Golden-Globe-winning-best-picture and, according to Scott Rudin, person-who-let-them-use-his-life-story Mark Zuckerberg, with whom she took a number of genial meet-and-greet photos – one of which she posted on her Facebook wall with the following caption:

Gotta say, it looks like a pretty decent place to work. Here are a few photos, courtesy of Andrew Bosworth, Director of Engineering at Facebook, who apparently goes by Boz. Check a few out below: 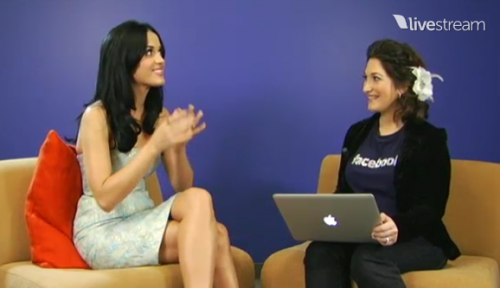 Here’s a screengrab of Katy and Randi having their chat. Cute! 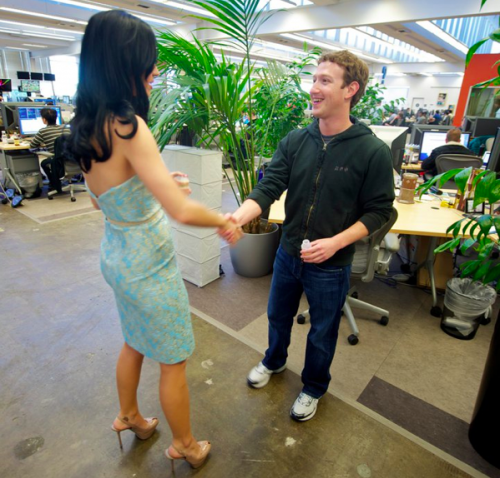 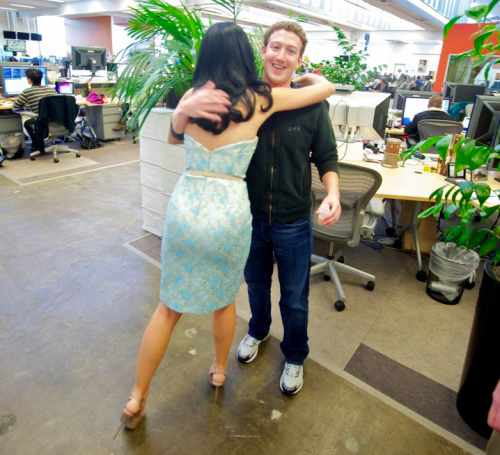 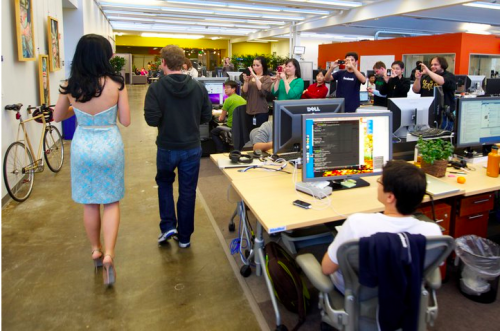 So many photos! I wonder wherever we would find them online. 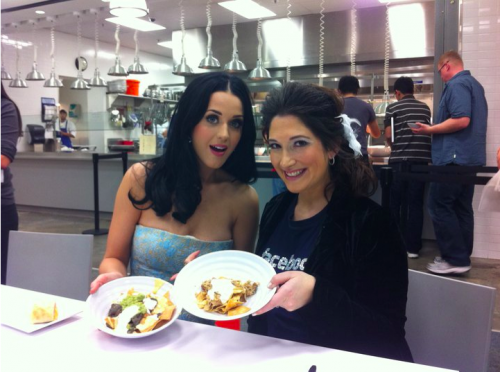 Nacho Wednesday! OK, I want to work there. 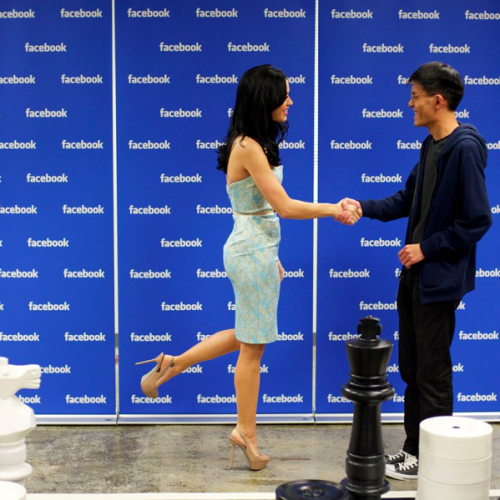 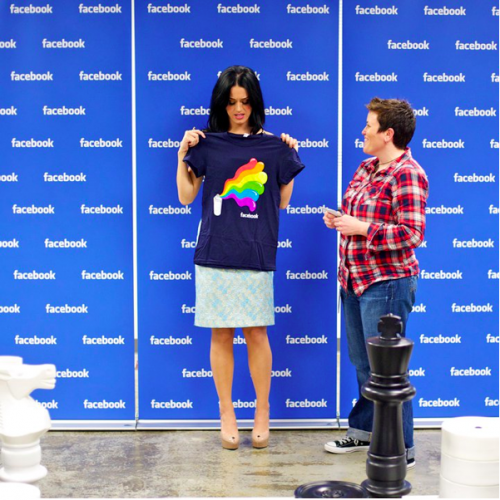 Facebook swag. That I want. With FB employee Sara Sperling. She’s the Learning and Development Consultant at Facebook. I found that out on Linkedin. 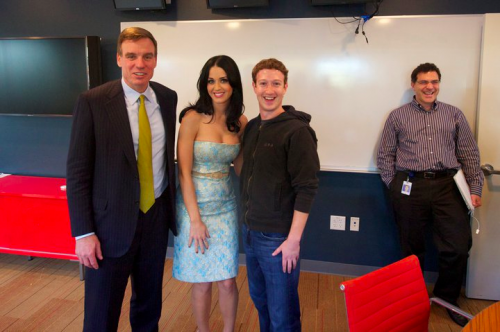 Okay don’t mock me, but who is this dude? I know I know. But he’s not tagged. So just tell me so I can kick myself. 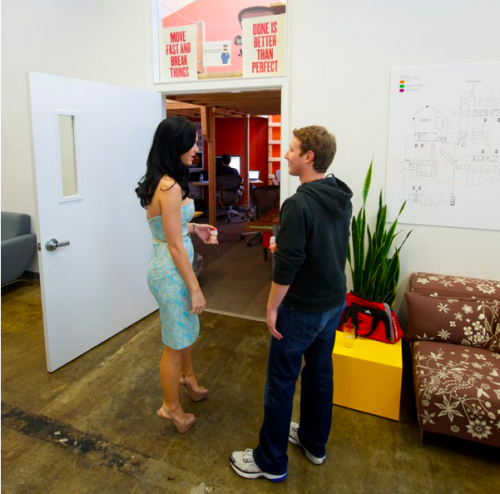 “Move Fast and Break Things” “Done Is Better Than Perfect” – love it. This is what’s apparently known as the Games Loft. And per Boz’s comment on the shot: “she YELLED at you guys and Zuck shouted to and not a single person turned around. Everyone was wired in.” Okay *that* is dedication. 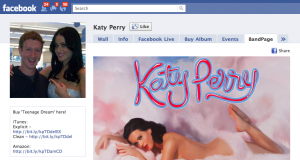 Also, for verification purposes, screengrabs authenticating Katy Perry’s new friendship with Mark Zuckerberg. He’s her new profile picture, aw. You don’t get to 48,076,943 plays on YouTube without making a few friends. You know what’s cooler than Katy Perry? Katy Perry spending the day in your office taking photos and yelling at your devs in the games loft. Let’s go all the way tonight, no regrets, just Nacho Wednesday. Don’t ever look back, don’t ever look back.