‘Keep My Kids’ Name Out of Your Mouth’: LeBron James Goes Off on LaVar Ball 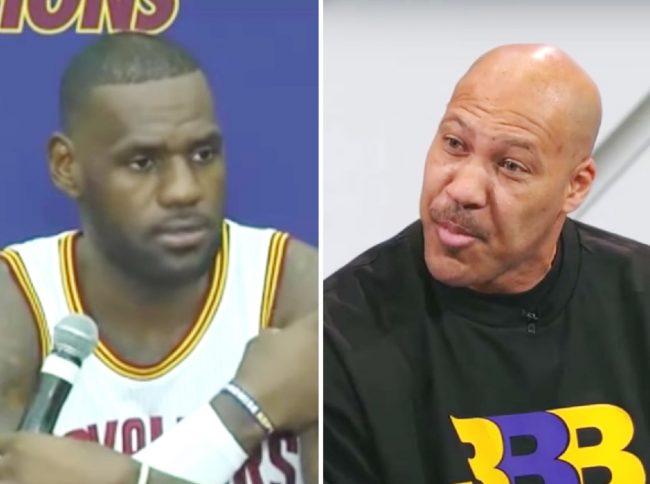 LaVar Ball, the father of star UCLA freshman Lonzo Ball, has gotten attention over the past few months for a number of outlandish claims he’s made. (Most notably, the claim that he could’ve beaten Michael Jordan in one-on-one.) But this time, he may have picked on the wrong person — or, more specifically, the wrong person’s son.

During an interview on the In the Zone podcast with Fox Sports host Chris Broussard, Ball spoke about why it might be difficult for LeBron James’s children to live up to the public’s expectations in basketball because of their father’s greatness.

James was none too pleased by the remarks.

ESPN reports that 12-year-old LeBron James Jr. already has standing verbal scholarship offers from basketball powerhouses Duke and Kentucky. LeBron Sr., undoubtedly, is looking to protect his son from comments such as LaVar Ball’s as he goes forward with his promising basketball endeavors.