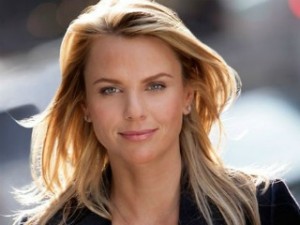 In a profile in the New York Times Magazine by Sally Singer, CBS chief foreign affairs correspondent Lara Logan shared the grueling details of how she came clean to her husband, Joseph Burkett, a Congressional liaison, about the sexual assault she endured in Cairo’s Tahrir Square after Hosni Mubarak‘s resignation.

“Joe and I sat here,” Logan tells me, pushing her palms into the leather sofa, “six weeks after Egypt, and it was the first time he talked about how it affected him. He said, ‘I sat here one week when you went into radio silence and I knew you were in the custody of the Egyptians, and I didn’t know if I was ever going to see you again. And a week later I sat here and answered the phone and I didn’t even recognize the person on the other end of the line. I had no idea if my wife was coming home.’ He said, ‘That is twice in a week. I would rather be the person on the other end. I would rather be dead than be the one raising the children without you. Don’t do this to me again. Please. I am begging you not to do this to me again.’”

Singer writes that Logan agreed to her husbands request. “In the past year,” Singer writes, “Logan’s assignments have taken her to the backstage of an Aerosmith concert, a Michael Bublé show, a game reserve in Texas, a polo field.” This summer, Singer reports, Logan is set to return to Afghanistan.

Singer also details how Logan met Burkett. He was a soldier from Texas with a seven-year old daughter. She was a rising war correspondent. “I knew him for about six years before we got together,” Logan told Singer. “He had a very secretive job, and I always respected that. I know tons of people in that world, and I never ask them questions because it’s a violation right there. He never crossed my boundaries; I never crossed his. And then one night he came out to visit me in Baghdad and said, ‘I think I just fell in love with you.’” The pair married in 2008.

“I really have everything,” Logan tells Singer, “I could ever want.”

You can read the entire profile of Logan here, via The New York Times Magazine.