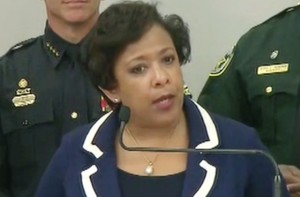 In the ongoing saga of the FBI’s investigation into Hillary Clinton‘s emails, one of the key sticking points for conservatives has been that now-infamous plane meeting between Attorney General Loretta Lynch and former president Bill Clinton

That meeting––which both Lynch and Clinton came to regret––came days before FBI Director James Comey held that press conference announcing no charges would be brought in the Hillary Clinton email investigation.

Donald Trump and plenty of others (including people on the left) criticized that meeting, mostly on the optics, but Trump himself has taken to citing that meeting as evidence of the rigged, corrupt system.

Well, now, the American Center for Law and Justice is filing a lawsuit [PDF] against the DOJ seeking all relevant records having to do with that meeting. They initially filed a FOIA request to obtain this information, but as it says in the lawsuit, “The Defendant has wholly failed to respond to Plaintiff’s FOIA request.”

Any and all records containing the names of any DOJ official, staff or employee who participated in any discussion regarding the meeting between General Lynch and Bill Clinton that occurred on Monday, June 27, 2016, at Sky Harbor International Airport in Phoenix, Arizona.

Any and all records of any communication or briefing received by General Lynch, any DOJ official, staff or employee from Bill Clinton or his staff regarding the meeting between General Lynch and Bill Clinton that occurred on Monday, June 27, 2016, at Sky Harbor International Airport in Phoenix, Arizona, regardless of whether the communication or briefing was received before, during, or after the meeting.

Any and all records of any communication or briefing prepared, sent, received or reviewed by General Lynch, her staff, or any other DOJ official or employee after the meeting on Monday, June 27, 2016, between General Lynch and Bill Clinton at Sky Harbor International Airport in Phoenix, Arizona, containing any discussion of the press, responding to the press, or the content of any press release or public statements in connection with the meeting.

“The stakes are high,” Sekulow concludes. “The American people deserve a Justice Department with integrity. We must demand accountability for corruption. If we don’t, a constitutional crisis is imminent. The corruption must have consequences.”