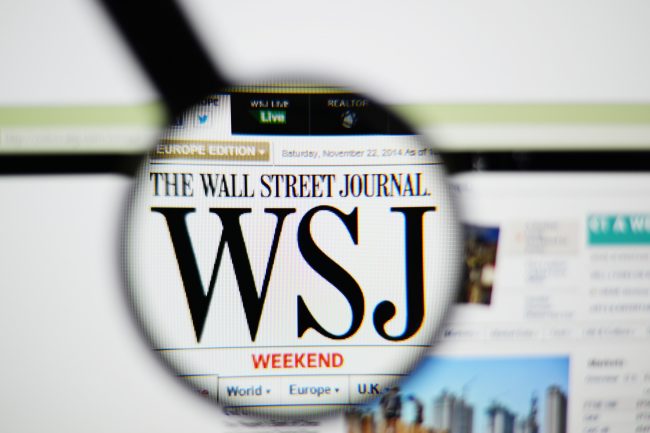 As President Donald Trump sinks deeper into the quicksand of scandal, even once reliable allies are beginning to jump ship — or are at least sounding some very loud alarm bells.

Exhibit A: The Wall Street Journal. More than any other credible national broadsheet, the Journal has tried to give Trump the benefit of the doubt, but no longer.

“The state of the Trump Presidency has been perpetual turbulence, which seems to be how the principal likes it,” said the Journal in their opening graf, “The latest vortex is over Mr. Trump’s disclosure of sensitive intel to the Russians—and whatever the particulars of the incident, the danger is that Presidencies can withstand only so much turbulence before they come apart.”

The editorial then went on to detail highlights from some of the most recent Trump imbroglios including his disclosure of classified information to senior Russian officials and the news that personally asked James Comey to back off the Mike Flynn investigation.

The portrait of an inexperienced, impulsive chief who might spill secrets to an overseas foe is one to which Mr. Trump has too often contributed. It was political mismanagement even to hold the Russian meeting, especially the day after he fired FBI Director James Comey amid the investigation of the Trump campaign’s alleged Russian connection.

The paper warned that time was of the essence and Trump was dangerously close to squandering his entire presidency.

The WSJ departure is a none-too-subtle warning that the rest of conservative media — which largely controls the news delivered to Trump’s base voters — may not be far behind.