Mark Levin Slams Bill Kristol For Supporting Tax Hikes: ‘Stop Talking Like The Lib You Used To Be’
audio

Mark Levin Slams Bill Kristol For Supporting Tax Hikes: ‘Stop Talking Like The Lib You Used To Be’ 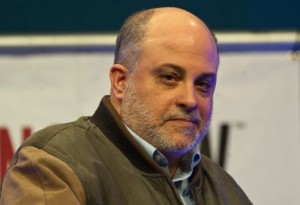 On Monday, talk radio host Mark Levin criticized The Weekly Standard’s Bill Kristol for his recently remarking that it wouldn’t kill Republicans agree to a small tax increase on the wealthy — and that, in the end, they will acquiesce. Levin defensed the law-tax argument, adding that Kristol is adopting a left-leaning view of the issue.

“Among the others who I think it’s time just to go someplace and talk among yourselves, would be Bill Kristol,” Levin said. “I don’t know what he’s added to anything other than giving aid and comfort to Obama’s attack on capitalism and successful people. This has to be the 40th time he’s said something on this.”

With that, he cut to snippet of Kristol’s appearance on Fox News Sunday, during which he said, “A lot of the Tea Party guys don’t care that much if a few millionaires pay a couple percent more in taxes, honestly.”

“He doesn’t even know what he’s talking about,” Levin said. “Takes it to 39.6 and depending on your capital gains situation, when you sell your home that’s another 3.8 percent, and we’re talking about a million small businesses. I mean, he doesn’t understand the gravity of this situation.”

Levin also pointed to the “real, live, moral, tangible principle” behind the matter. “It does nothing to slow the spending,” he said. “This money’s not going to the debt. This money’s going to be spent before it’s even collected.”

And then finally, does Kristol know what Obama’s all about? You think Obama’s going to be satisfied with whatever he gets here? You create a head of steam for the guy. Oh, then one other finally — you just undermined your base in the Republican Party. It’s not a base for the rich. Stop talking like the lib you used to be, Bill. We’re talking about defending private property rights. We’re talking about defending people — whoever they are, however much they earn, whether they’re white, black, yellow, whatever — defending their right to earn a living, to create, to produce.

Kristol’s Sunday appearance wasn’t the first time he’s expressed that sentiment. During an earlier appearance, he argued, “It won’t kill the country if we raise taxes a little bit on millionaires.” Following that, he doubled down the remarks in another Fox News appearance, when he said, “I don’t really understand why Republicans don’t take Obama’s offer.” In the end, “Republicans will cave,” he said. It’s only a matter of when.