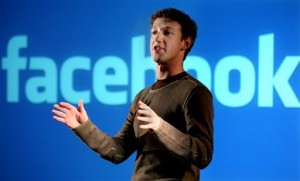 I read Mark Zuckerberg’s op-ed in today’s Washington Post with an open mind. I think the latest Facebook privacy imbroglio has been nuts, and my user experience (and use) has plummeted drastically over the past year or so, but I do commend the company for listening to the howls of criticism, backtracking and pledging to make privacy controls easier for its users.

So I read the Zuckerberg op-ed with an open mind, interested to see how he would confront and react to the criticism. As I read it, I became confused — because it didn’t read like an op-ed, it read like an op-ad.

First of all, there’s this:

Simply put, many of you thought our controls were too complex. Our intention was to give you lots of granular controls; but that may not have been what many of you wanted. We just missed the mark.

Okay I realize that a lot of people use Facebook but since when are the readers of a newspaper automatically your customers? An op-ed is supposed to be a grappling with an issue on the merits, which requires a certain degree of detatchment. It makes a case, of course, but it’s a third-party case. Usually the only kind of op-ed that address “you” at all are open letters, and this is not framed as an open letter. It’s framed as an op-ed.

Putting this into context: When Hillary Clinton wrote her op-ed called “Why I Continue To Run” in May 2008, she did not address her readers as “you.” She talked about the “men and women” she met, or Democrats, or voters, or an identifiable group. For Facebook, that group is “Users” “Customers” or “People Who Like To Be Poked.” It’s not “you.” Even President Obama’s op-ed on health care last year used “you” with greater context and less presumption.

Whenever we make a change, we try to apply the lessons we’ve learned along the way. The biggest message we have heard recently is that people want easier control over their information. Simply put, many of you thought our controls were too complex. Our intention was to give you lots of granular controls; but that may not have been what many of you wanted. We just missed the mark.

Look, whatever the spin, that is just disingenuous. Privacy warnings have been sounded for ages about Facebook. And a company that sophisticated about the use of personal data — let alone the habits of users, which I’m sure they’ve got reams of data on, too — could absolutely not have been so innocent about how their ridiculously complex new privacy controls would play out. There’s a reason that every time I logged on to Facebook for a few weeks I faced insistent, pre-filled checkbox pop-ups “suggesting” I connect with about 25 networks. There was no way to unselect. I just clicked out in irritation, but the lack of options presented to me in that circumstance wasn’t accidental. They “missed the mark” largely because the last time they made huge changes, there was a big outcry and they ignored it and it quieted down. They just misjudged how angry people would be this time.

So, great. They are making a change. Or are they?

We have heard the feedback. There needs to be a simpler way to control your information. In the coming weeks, we will add privacy controls that are much simpler to use. We will also give you an easy way to turn off all third-party services. We are working hard to make these changes available as soon as possible. We hope you’ll be pleased with the result of our work and, as always, we’ll be eager to get your feedback.

“In the coming weeks” — after you’ve had the chance to get used to everything, after you’ve decided, feh, I want to post this picture and I’m impatient, so, whatever. (I am extrapolating my own Facebook habits to the world at large here, by the way.) But “in the coming weeks” is pretty vague and indeterminate. It’s not “we’ve reversed everything and put it back to how it was before” and it’s not “in the interim, we’ve done this and this specific thing because we realize how critical privacy is.” It’s “hey, trust us, we’ve totally got this under control, really.” It reminds me of BP.

It’s vague and PR-speaky and skirts around the biggest concerns with fluffy language about how sharing equals love and pretty dancing ponies. Yes they say you have “control over how your information is shared” — but that could just be a pre-checked box that you click through in irritation or, worse, ignorance. Ditto agreeing to make all your info public. By re-stating these principles Zuckerberg deflects the real issue, which is that Facebook has been super-sneaky in finding ways to get AROUND those principles, ways to justify them with aforementioned click-boxes and, oh, more than 50 privacy buttons which lead through to more than 170 options.

And, of course, it doesn’t mention this:

Facebook said that it does not share user information without user consent. But it said it did share some data that may include the user ID of the page but not the person who clicked on the ad.

“We don’t consider this personally identifiable information,” the company said in a statement.

Wow, guess that part didn’t quite make it to the WaPo version, huh? Which is funny, because the quote above came from this story in WaPo.

Reading that op-ed against the Clinton and Obama op-eds, I was struck by just how thin and measly it was — even though Zuckerberg and Facebook is in the exact same position as Clinton and Obama were: Supplicants to reader opinion, with a heightened requirement to make a solid case because of the clear bias involved. You may not have agreed with Obama or Clinton in those pieces, but damned if you weren’t handed all sorts of information to consider. Personal examples. Statistics. Policy planks. I’m sure that all of Clinton, Obama and Zuckerberg had those pieces written for them, but still — there has to be a quality control somewhere. Did WaPo just take that op-ed, look at it and say, “Thanks! That’s totally up to the same standard we pride ourselves on as a journalistic institution!” or did they look at it and say, “Awesome, this Zuckerberg non-mea-culpa with is going to get us tons of traffic.” I cannot imagine the former; you do the math on the latter.

Letting Zuckerberg and Facebook get away with such a non-rigorous response to this issue was a real fail. WaPo should have demanded more. Instead, it basically published a press release. And a not-very-contrite press release at that. And Facebook, for its part, just comes across as a company that will plot meticulously to cook up the most confusing and intricate privacy labyrinth in history but won’t bother taking the time to explain how it’s going to fix it — or when.

But, you get what you pay for. Oh, wait:  “We will always keep Facebook a free service for everyone.” Hm. Never mind. But that goes double for WaPo.