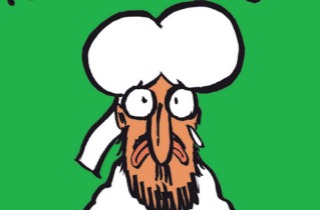 The massacre of the staff of French satirical magazine Charlie Hebdo one year ago today presented a unique challenge for media outlets covering the story. The Muhammad covers that prompted the Al Qaeda-affiliated terrorists to kill were obviously newsworthy, and terrorists had killed specifically to keep these images out of the light day. But on the other hand, publishing the cartoons could put themselves in danger. What mattered more: taking a stand against murderous thugs, or avoiding retribution?

Most outlets failed the test. The Big Three networks, MSNBC, CNN, AP, and most newspapers chose the path of least resistance and blurred or refused to publish cartoons. The excuses given (when they bothered giving an excuse at all) were that they didn’t publish intentionally offensive images. At the same time, outlets were careful never to address the elephant in the room: that murderous religious fanatics believed publishing the cartoons deserved a death sentence.

But one year later, Charlie Hebdo has commemorated the attacks with another blasphemous cover, this time featuring God Himself as a terrorist. Despite arguably offending more people and being just as provocative (it’s been denounced by the Vatican), the cover can’t be seen to target Islam alone. But given past assurances of how they don’t publish intentionally offensive blasphemous images, surely media outlets passed on this cover too, right? I mean, it’s not like they only treat Islam with kiddie gloves, right?

CNN at the time of the attack told producers in an email not to show the cartoon, but to describe them instead. “This is key to understanding the nature of the attack on the magazine and the tension between free expression and respect for religion,” the email read.

Needless to say, “respect for religion” seems to be irrelevant a year later. 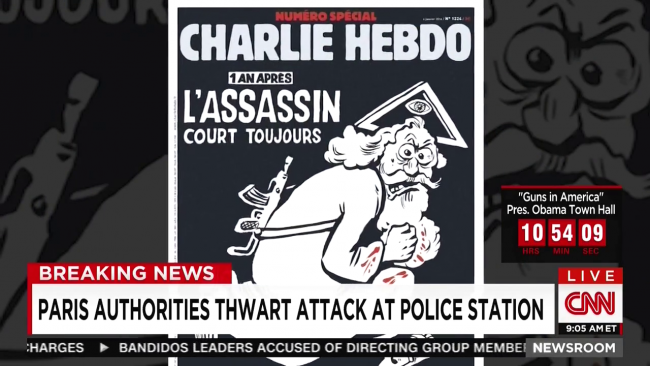 New York Daily News has no problem comparing Republicans and the NRA to terrorists and bashing God. But when it came to taking on actual religious terrorists, they weren’t so brave. 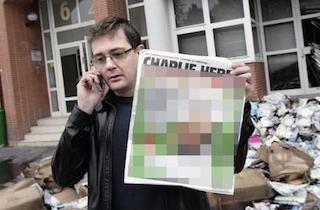 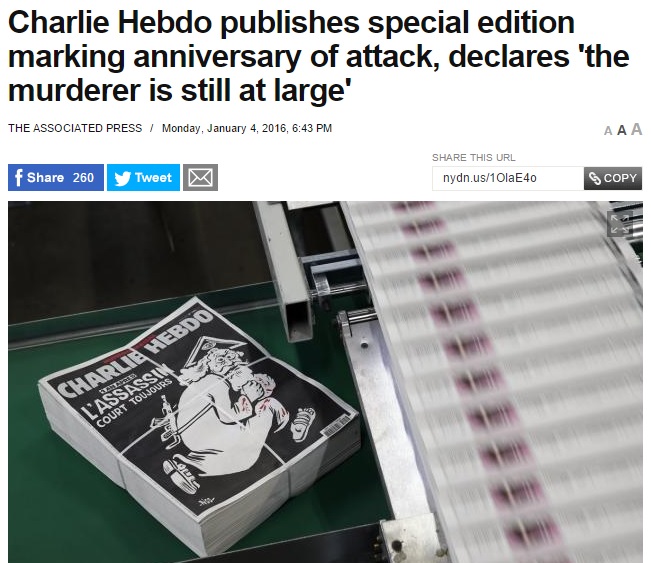 NBC Universal issued a ban across all its outlets, telling producers at NBC, MSNBC, and CNBC “not to show any headline or cartoons that could be viewed as insensitive.”

MSNBC appears not to have gotten the memo this time around. 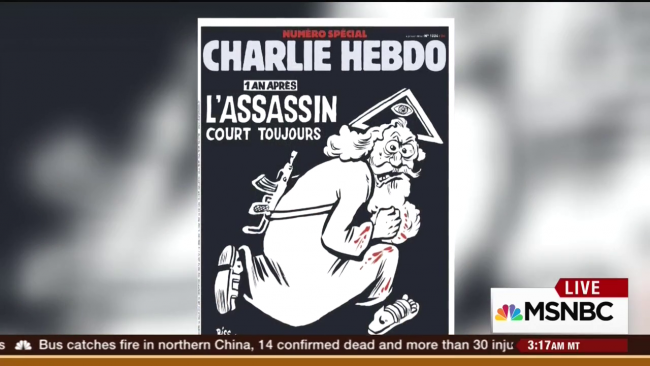 The Associated Press also did not carry any images of the Muhammad cartoon, saying in a statement, “It’s been our policy for years that we refrain from moving deliberately provocative images.”

Presumably, this is no longer AP policy, since you can now buy this picture for editorial use: 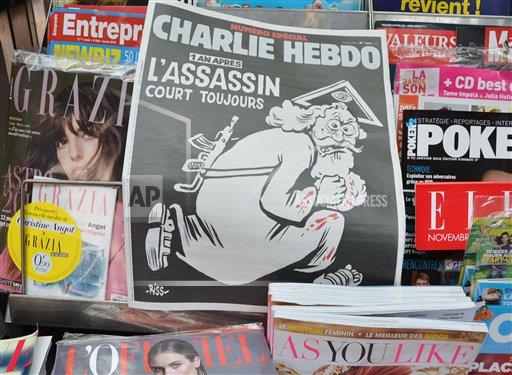 CBS News also told reporters they wouldn’t be showing the Muhammad cartoons, without issuing an explanation why. But one year later… yeah, you get the idea. 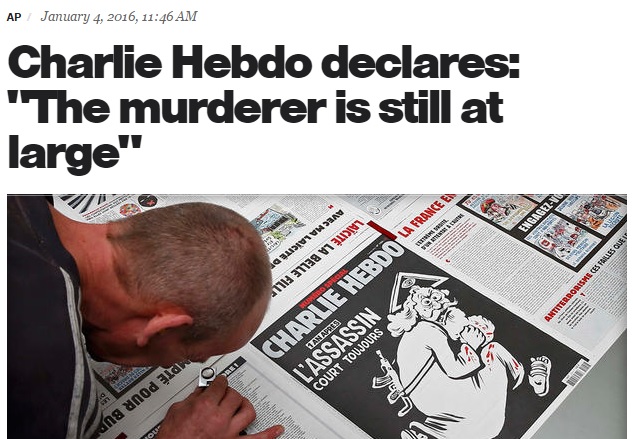 A special shout-out is due to The New York Times. Last year, I called out the paper for publishing images offensive to Christians while claiming their editorial standards banned blasphemous images whenever it came to images of Muhammad. My point at the time wasn’t that the Times should ban all blasphemous images, but that they should stop pretending their refusal to publish Muhammad cartoons was due to anything other than fear.

They appear to have gotten the message… but the wrong message. Their story on the new Charlie Hebdo cover does not feature the image of God. In fact, they somewhat obtusely claimed that cover only shows “a bearded man,” even though every other outlet recognized God when they saw Him.

So if there’s a prize out there for consistency in cowardice, the Times wins. But the rest of the outlets have outed themselves as horrible hypocrites. The message to their readers is clear: if you want avoid your religious sensibilities being mocked in national outlets, all you have to do is butcher offenders and the rest will compliantly roll over.