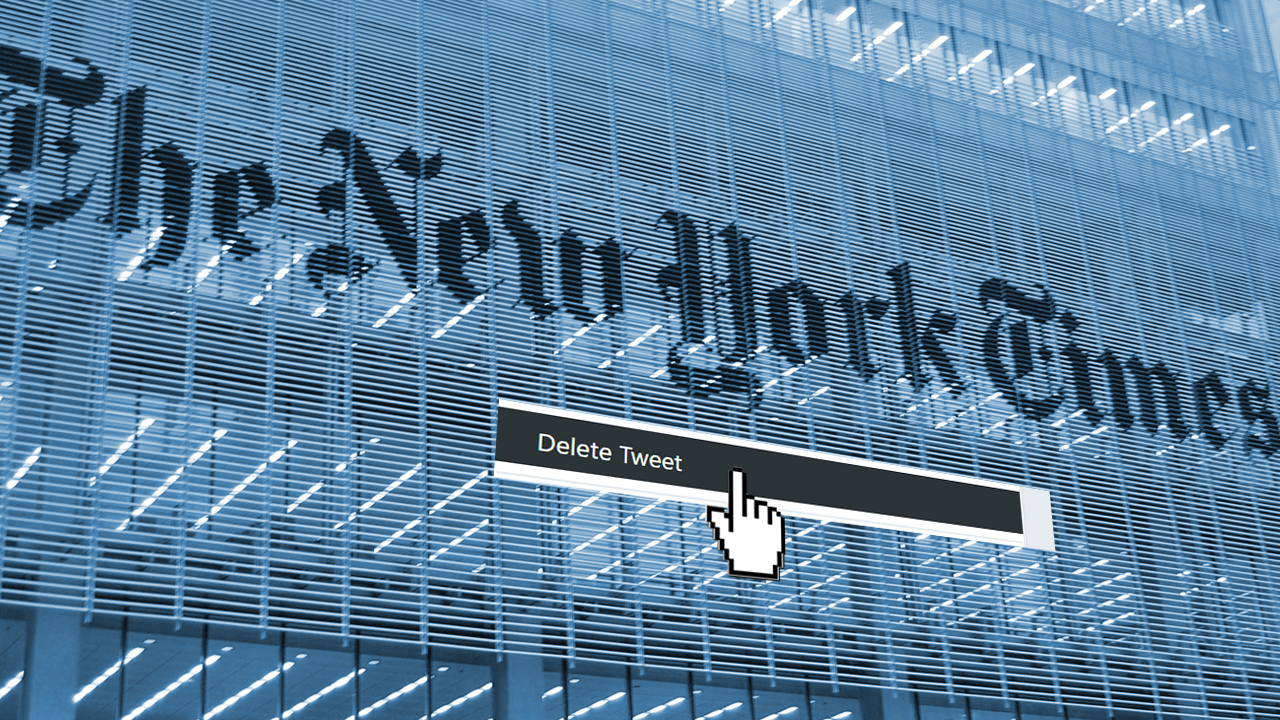 The New York Times deleted a tweet of one its articles published Thursday, after receiving complaints on Twitter from liberals who felt the headline didn’t make it clear that the quotes from Republicans were “lies.” Although in the article Republican messaging is referred to as “misinformation,” “absurdity”, and even as “false,” the tweet that had the link to the article did not.

The article was about the abortion ban in Alabama, which begins with this paragraph.

With grisly claims that Democrats promote “birth day abortions” and are “the party of death,” the Republican Party and its conservative allies have aggressively reset the terms of one of the country’s most divisive and emotionally fraught debates, forcing Democrats to reassess how they should respond to attacks and distortions that portray the entire party as extremist on abortion.

In the original tweet, saved for posterity by Mediaite’s Tommy Christopher, a short version of that portion of the article was included. 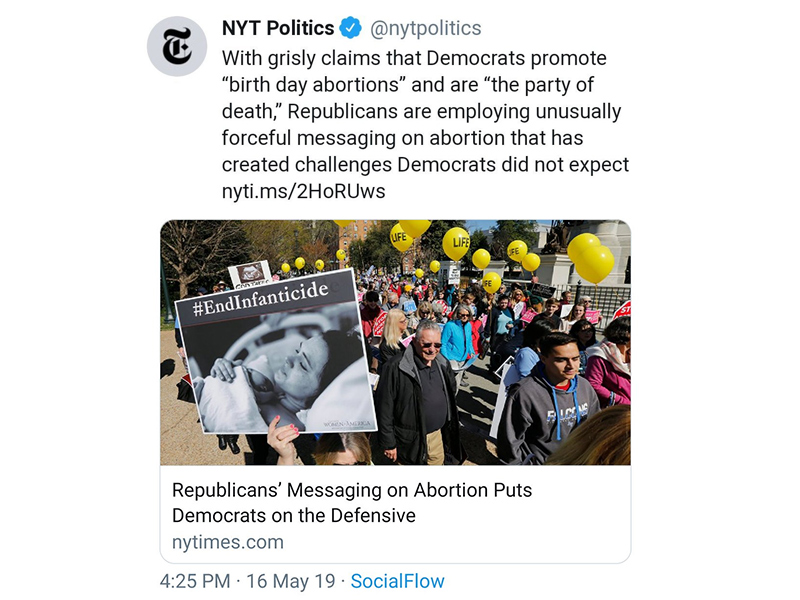 Both the original Tweet and the lede in the article did use the phrase “grisly claims” (not usually a term used if one is advocating for said claims), but did not include what was in the very first sentence of the very next paragraph in the article.

The unusually forceful, carefully coordinated campaign has created challenges that Democrats did not expect as they struggle to combat misinformation and thwart further efforts to undercut access to abortion.

So that fact, the necessity of clicking past “grisly claims”, sparked a firestorm.

Journalist and frequent media critic Soledad O’Brien was among those who reacted strongly.

@nytimes why do you suck so much? I’m a subscriber so I have a vested interest in this. https://t.co/z5kDMgyAy4

Wow, you misspelled "lies" a bunch of times. https://t.co/U2IDIjOJiS

But a lot more of the replies were from liberal commentators and Twitter figures than from members of the press. In somewhat of a reversal of roles, one of the biggest objections was framing the story as a Democrats reacting rather than Republicans saying.

look im also kinda bad at my job so i have a lot of empathy for this kind of thing but i don't think these words are in the right order or are even very good words pic.twitter.com/bEFAVBXxHi

A story that read “The GOP has embraced a dishonest line of attack against the Democratic position on abortion”—which is a true, important story—would get the axe for being too “partisan,” so they cover the story this way, leaving readers worse informed than they were before. https://t.co/KEHXIt5H3M

It is a common complaint on the right that the reverse happens, with that category of story summed up in the phrase “Republicans pounce.”

The real pressure came from the sheer numbers, most of which weren’t Blue Check users.

Probably should have noted that the claims are false. Seems kind of important. https://t.co/gKEl7bRZz0

We have deleted an earlier tweet to this story that did not clarify that some of the Republicans' claims on late-term abortions are false or misleading, context that is provided in the article. https://t.co/0gpVR1SHA2

But that didn’t really satisfy anyone.

Not "some" of the Republican claims. All of them. https://t.co/0gB0aT6ecL

when someone bombs an abortion clinic or shoots and kills (another) doctor, the ny times will have blood on its hands https://t.co/e4LrUwDjOs

But one observation was abundantly, emphatically, overtly correct.

So far, the power of being outraged on Twitter has yet to be thwarted.