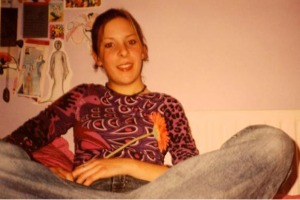 A report by The Guardian has revealed that British newspaper News of the World interfered with the investigation into the disappearance of Milly Dowler (pictured), a young girl last seen alive in March of 2002.

Scotland Yard is now looking into allegations that News of the World hired a private investigator to hack into the girl’s voice mails. What’s more, it appears that journalists at the paper read — and then deleted — several of the girl’s messages in the days following her disappearance “in order to free up space for more messages,” inadvertently giving her family false hope that she may still be alive.

The Guardian describes the paper’s plan:

Their first step was simple, albeit illegal. Paperwork seen by the Guardian reveals that they paid a Hampshire private investigator, Steve Whittamore, to obtain home addresses and, where necessary, ex-directory phone numbers for any families called Dowler in the Walton area. The three addresses Whittamore found could be obtained lawfully on the electoral register. The two ex-directory numbers, however, were “blagged” illegally from British Telecom’s confidential records by one of Whittamore’s associates, John Gunning, who works from a base in Wiltshire. One of the ex-directory numbers was attributed by Whittamore to Milly’s family home.

Then, with the help of its own full-time private investigator, Glenn Mulcaire, the News of the World started illegally intercepting mobile phone messages. Scotland Yard is now investigating evidence that the paper hacked directly into the voicemail of the missing girl’s own phone. As her friends and parents called and left messages imploring Milly to get in touch with them, the News of the World was listening and recording their every private word.

But the journalists at the News of the World then encountered a problem. Milly’s voicemail box filled up and would accept no more messages. Apparently thirsty for more information from more voicemails, the paper intervened – and deleted the messages that had been left in the first few days after her disappearance. According to one source, this had a devastating effect: when her friends and family called again and discovered that her voicemail had been cleared, they concluded that this must have been done by Milly herself and, therefore, that she must still be alive. But she was not. The interference created false hope and extra agony for those who were misled by it.

The case casts a harsh light on News of the World‘s then-editor, Rebekah Brooks, now Rupert Murdoch‘s chief UK executive. Murdoch’s News International, the paper’s parent company, says it is cooperating with the investigation. Brooks, for her part, says she is “sickened” by news of the hacking and finds it “inconceivable that I knew or worse, sanctioned these appalling allegations.” She has informed News International staff via memo that she has no plans to step down.

A lawyer for the Dowler family said his clients are now pursuing a damages claim against the paper.

News of the WorldThe Guardian
Tips