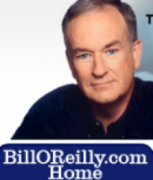 Bill O’Reilly’s rise to cable news superiority has been well documented. And in the context of the increased influence and popularity of his Fox News co-hort Glenn Beck, O’Reilly’s claim of being non-partisan now seems less specious. But where is O’Reilly also dominating? In the pay-for-content game that nearly all newspapers have been wrestling with in the last few years. What is he doing so right?

As pointed out by new media guru Steve Outing, “this is exactly the model that many newspaper and magazine publishers have been talking about lately, though many are having trouble figuring out what they’ve got that they can charge for.”

O’Reilly’s cracked the code on this: premium members get benefits that include:

In all there are 16 benefits to being an O’Reilly Premium Member. So how can this apply to the Newspaper business? Outing explains thusly:

Actually, as the news industry ponders news membership models, creating Premium memberships that get you more from a favorite star journalist and access to the person could be worth paying for. As I reported here a few days ago, Men’s Health magazine turned its Jimmy the Bartender advice feature into a paid iPhone app; that’s sort of a premium membership, albeit a cheap one at $2.99 to buy the app and no recurring fees. Other magazines may be able to turn their star columnists into Premium memberships.

Even for newspapers I think this has potential. Consider a paid Premium membership for New York Times op-ed columnist Thomas Friedman for, say, $20 a year; or a Financial Times niche columnist Premium membership for $100 or more a year. Friedman might offer extra content like full video or audio interviews of the world leaders he interviews, and exclusive webcasts or live chats restricted to paying Premium members. The FT columnist, because of his focus on an arcane slice of the business world, can offer Premum members additional inside-baseball information and stats that business people will pay for. Ergo, a financial niche columnist might be worth more with the Premium Membership model than a rock-star columnist like Friedman, who covers more generic news topics.

This could even filter down to the local level. Could a newspaper reporter who covers city council and city politics have a Premium Membership that offered paying members extra insider info and reporting, in the way that inside-politics newsletter editors of decades past charged political junkies and people affected by local politics for their in-depth knowledge and digging?