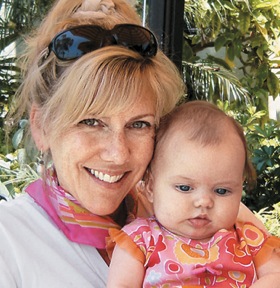 Politics is a dirty business, but even among the thickest of thick-skinned folk there have been few scandals as stomach-churning as the John Edwards sex scandal. A man who was nearly a heartbeat away from the presidency had a lovechild with a staffer and pinned the blame on a loyal subordinate. The wife had cancer at the time; the lover, barely a political type, was a walking hippie stereotype with a history in astrology. The National Enquirer broke the story. The subordinate wrote a damning tell-all book. The whole tragedy was impossibly stranger than fiction.

Out of all this irresponsible suffering, Newsweek has found an unlikely hero: Rielle Hunter. Columnist Jonathan Darman argues that it is in her silence throughout the entire ordeal that the public can see her true “dignity,” and that she is unlike most mistresses of the modern era in that she has not used her new-found fame for financial stability or to generate more fame for its own sake.

“Character comes out in a sex scandal,” Darman claims, and later argues that “for two years, she has behaved with more public dignity than any other figure in the Edwards scandal. In fact, she acted with more discipline and discretion than any mistress in the recent history of sex scandals.”

Yes, it is true that no one has heard a peep from Hunter since this began, but the reason that character comes out in a sex scandal is that the scandal itself is an indicator of character, or lack thereof. If anything, the one person that comes cleanest out of a situation like this is the one that everyone was trying to hide the sex scandal from: John’s wife, Elizabeth Edwards.

Darman disagrees, stating that Elizabeth “now looks like an artful manipulator, ruled by vengeful hysteria.” He does not offer much evidence to back this up, other than Elizabeth writing some unfavorable things about Hunter in her memoir and requesting that people not speak her name around her. This is somehow more morally reprehensible to Darman than having a lovechild with a man whose wife is undergoing cancer treatments, or criticizing the man’s wife for being responsible for getting cancer due to her “bad energy,” the latter something Darman states in apparent defense of Hunter.

There is a sense that Darman sees something in Hunter that the average media consumer does not, since the average person doesn’t see much of Hunter at all, and perhaps Darman is influenced by having met the subject (for a Newsweek piece in 2008, in which he described her favorably as well). It’s an intriguing piece to write (and read), and Darman brings up some interesting points.

Hunter’s silence over the time the scandal has lasted is deafening, but there’s no reason to give her a trophy for good behavior when she is at least halfway to blame for wrecking a family. The way he glorifies Hunter simply for keeping her head down is infuriating at times – after all, what can be expected of her? Unlike most mistresses, she has a child with her lover. Unlike most mistresses, her lover’s wife is gravely ill, and she has gone on the record insulting her simply for her disease. She has dug her own publicity grave, one that there is little crawling out from, and reviving this story simply to make what is probably the most sinister character in the story a heroine raises some delicate issues.