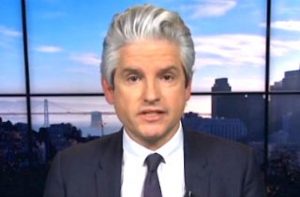 The New Republic wrote an expose on Media Matters for America Monday that included a shocking– simply shocking– revelation: the David Brock-run organization may have been biased in Hillary Clinton‘s favor.

In our numerous conversations with past Media Matters staff, there was a consensus that in the lead-up to Clinton’s announcement of her candidacy in 2015, the organization’s priority shifted away from the mission stated on its website—“comprehensively monitoring, analyzing, and correcting conservative misinformation”—and towards running defense for Clinton. The former staffers we spoke to largely felt that this damaged Media Matters’s credibility and hurt the work it did in other areas. “The closer we got to the 2016 election the less it became about actually debunking conservative misinformation and more it became about just defending Hillary Clinton from every blogger in their mother’s basement,” one former staffer told us.

While the piece itself is an interesting look into the future of Media Matters in a post-Clinton political world, the fact that TNR treated the liberal watchdog’s pro-Clinton slant like some sort of  secret earned snark from conservatives, who have claimed the same thing for the better part of a decade.

Former staffers tell us @mmfa had one standard for the Clintons, and a different one for everybody else. https://t.co/lxi34oIFma pic.twitter.com/CQlFJcWjV0

No kidding? We never noticed. https://t.co/Qk2hLQzRy1

Really??? They hid it so well https://t.co/UGGfhCy9qL

In other shocking news, water is actually wet. https://t.co/udtVnf424r

In other news, water is wet, and the sun rose in the east this morning. https://t.co/YBdIiKNASQ

am i ever disillusioned https://t.co/8jeWbLzwXg

Next thing they’ll tell us @ThinkProgress is a non-partisan news outlet. https://t.co/6tnZWS5cJQ