Obama’s Message to Americans: You Can’t Handle the Truth 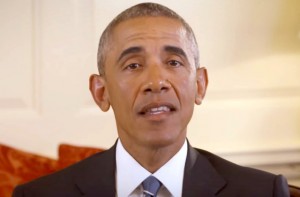 It took less than four hours and a public rebuke from the Speaker of the House, but the FBI has retracted its decision to redact the Orlando terrorist’s 911 transcript. In the originally released version, the FBI deleted any references to the fact that the killer pledged allegiance to ISIS before slaughtering 49 patrons of a gay nightclub.

The Barack Obama administration has long refused to called radicals who commit terrorism in the name of Islam “radical Islamic terrorists,” arguing that the term is inaccurate. But this instance was almost a parody of that hypersensitivity. It felt less like a national leader respecting the feelings of a religious minority and more like the executive branch covering up the politically inconvenient.

Given that FBI director James Coney was openly talking about the killer’s pledge to ISIS last week, the original omission appeared to be a new policy that was drafted some time after the president went on national television and blasted those who say the words “radical Islam.” The redactions were unprecedented, an indication that either ISIS or more broadly radical Islam had received its own special accommodation from the FBI.

Make no mistake: this was an order that came from the top. The day before the transcript was released, Obama’s Attorney General Loretta Lynch made the rounds on the Sunday talk shows to explain the redactions. The explanations offered by Lynch were contradictory: on one show, she said the edits were made to prevent spreading the terrorist’s message, on another, it was to “avoid revictimizing” those wounded in the attacks. That latter argument in particular is unbelievably weak: it could be used to justify withholding any information about any crime ever. But that the official behind the decision can’t even seem to get her story straight telegraphs that neither are the White House’s actual concern at all.

Obama hinted at his real motivation in his speech last week.

We’re starting to see where this kind of rhetoric and loose talk and sloppiness about who exactly we’re fighting, where this can lead us. We now have proposals from the presumptive Republican nominee for President of the United States to bar all Muslims from emigrating to America. We hear language that singles out immigrants and suggests that entire religious communities are complicit in violence. Where does this stop? The Orlando killer, one of the San Bernardino killers, the Fort Hood killer — they were all U.S. citizens.

Translation: the avoidance of terms like “radical Islam” has little to do with its concern that it will inflame Muslims as Obama so often claims. It instead has everything to do with the fact that it will inflame non-Muslim Americans into oppressing their Muslims peers. Everyday Americans can’t hear their president acknowledge the truth about organizations like ISIS because they’ll all turn into terrible bigots (or worse: vote Republican).

It should go without saying that Obama’s fears are more than little insulting to the average American’s intelligence. Most Americans, most Muslims, most Democrats, most Republicans– most everyone, really– is perfectly capable of understanding that the vast, vast majority of Muslims are not radicalized and pose no threat to Americans citizens. They also recognize that there is a slim minority that has openly declared war on the West and actively carries out terror attacks on a regular basis. Obama seems to seriously believe that acknowledging the latter will lead people reject the former, even though millions hold both beliefs simultaneously.

It’s also laughably arrogant. 92% of the population believes “radical Islamic terrorism” is a serious threat to the United States, a number that naturally includes the vast majority of Democrats. This is an argument the President and have allies have already lost, but continue to fight under the belief that Obama is just so darn influential and well-spoken he can charm every American into believing 2 + 2 = 5. When even your hand-chosen successor reverses herself and says she has no problem saying “radical Islamism,” maybe it’s time to throw in the towel.

But most dangerously, it’s inconsistently applied. Obama and the FBI never shied away from recognizing the motivations of white supremacists like the Charleston shooter or Christian extremists like the Planned Parenthood shooter. There seems to be no other radical movement where the administration worries about potential backlash from naming the perpetrators. It’s only when it comes to Islam that the American people suddenly can’t be trusted to understand nuance.

Taken alone, this whole incident would just be a cause to chuckle at the administration’s tone deafness and it’s spineless retreat within hours. But within just the past six months we’ve had countless stories about the unusual steps the Obama administration has take to hide information from the American public:

What we see is a disturbing pattern: White House is forced to confront a fact they don’t like. White House decides that rather than publicly reveal that fact, they’ll cover it up it a heavy-handed fashion. When caught covering up inconvenient fact, White House shrugs and gives terrible excuse. Media yawn and move on (when they’re not actively aiding the cover-up, that is).

Obama argues that the fight over the term “radical Islam” is a pointless one, but the same logic also drove the administration’s decision to hide serious concerns from the American public, including the fact that they were negotiating with Iranian hardliners. There were few-to-no sensitive national security concerns that would have been implicated by telling Americans about the negotiations back in 2011. The only concern was that if Americans knew, they’d be understandably skeptical and try to scuttle any deal.

In short, the administration was worried Americans were just too stupid to handle the fact that were speaking with Ahmadinejad. Rather than embracing the truth and trying to explain their position, they assumed Americans weren’t sophisticated enough to understand delicate foreign policy issues and kept them in the dark. There was a complete lack of self awareness that maybe the reason they wouldn’t be able to convince Americans that negotiating with a genocidal dictator was a good idea was because it wasn’t. Instead, they found themselves invoking Principal Skinner: “Am I so out of touch? No… it’s the children who are wrong.”

The ultimate farce is that in defense of his record, Barack Obama consistently swears that his is the “most transparent administration in history.” I’m sure he had a different meaning of “transparent” in mind, but he’s certainly correct.