On Labor Day, Why Aren’t We Talking About the Impact of Amazon? 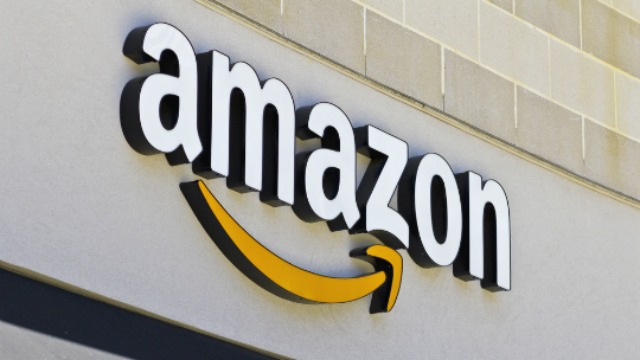 Labor Day is one of our weirdest holidays. No one really knows what exactly we are celebrating and, especially now that it no longer really marks the “official” end of summer and the beginning of the school year, it lacks any strong identity.

With that said, this day is still one where we supposedly honor the American worker by providing most of them with one last day off before the rush to get things done before the real holidays get started. In this context, it has surprised me that more has not been made about the seismic shift that is taking place with regard to employment in this country almost entirely because of one company:

While the current employment numbers are strong (though, since many people have completely left the workforce permanently, not nearly as good as they appear), there is an eroding of what is left of the foundation of the job market which threatens much of how America currently operates. And there is no doubt that Amazon, once a nice place to buy cheap books, is helping to create this reality as part of a nefarious strategy for economic domination.

It is well-documented that Amazon’s business model is armed with the tax advantages of being primarily an Internet-based company, which undercuts the prices of any and all traditional producers until they have control of that particular market. Because they have unlimited cash and aren’t concerned with short-term profits, they can put nearly anyone they want out of business.

Their recent purchase of Whole Foods is a classic example. They immediately slashed prices up to 43%, making it nearly impossible for similar grocery stores to compete with them.

Of course, who in the public is going to complain about such a development? In fact, you could argue that Amazon has single-handedly kept inflation in check in the last few years.

But this is also the essence of why Amazon is such a remarkable threat. They are the ultimate wolf dressed in sheep’s clothing.

Who doesn’t love high convenience at low prices? My wife, as an example, is fully aware of the dangers Amazon’s predatory practices will have on our long-term economy, but she simply doesn’t care. Getting stuff at a low price, delivered the next day, for free, is simply irresistible.

I recently told her that one of her formerly favorite “brick and mortar” stores, Bed, Bath & Beyond, will likely eventually cease to exist. She jokingly responded, “Good, then they won’t rape me anymore.”

The real problem here is in the long-term. More businesses with actual addresses will fail. People will lose their jobs permanently, and communities will be blighted with empty buildings and ghost-town malls (thus greatly harming the commercial real estate market).

Then, once Amazon no longer has any real competition in a particular industry to undercut, does anyone really think that they will continue to keep prices low? At that point we will all be at their mercy.

We have seen a similar situation in recent years take place with Walmart, but they never got to the point where they could name their own price. With Amazon the scale is even greater, partly because of their tax advantages. Plus, with Walmart, at least there is a physical place to go to make your purchases.

The media, of course, plays a key role here. Amazon spends lots of money on advertising, they have their own media channel, and their CEO, Jeff Bezos, also owns the Washington Post. There is a huge disincentive for the media to take Amazon on, especially since most of the public currently is greatly benefiting from their business model.

Despite this, last week saw the extraordinary circumstance of a Washington Post reporter taking on (in another publication) Bezos and his alleged poor treatment of employees. However, this was more the extreme exception that proves the rule than an indication that Amazon itself is under any real threat of being turned into a job-eating monster with bad intentions.

Assuming he is as smart as he seems, Bezos will spend lots of money on media advertising and liberal causes. This will give him more than enough protection to pull off his grand scheme. By the time the public fully realizes what has happened and how vulnerable they are to Amazon, it will likely be far too late to do much about it. Amazon will be just too big to destroy, or even contain.

As far as what should even theoretically be done about all of this, it is a real conundrum, especially for a conservative/libertarian like myself. I am a capitalist who abhors government regulation and over taxation.

Consequently, there is no easy answer or fix here. If you take away their tax advantages you have to do the same for any other Internet company and you effectively kill off a ton of businesses that way. They don’t deal in “public utilities,” so it is more difficult to make an argument for government intervention. They probably don’t even qualify as having created monopolies because the nature of the businesses they are dominating make that nearly impossible.

This might be one of those problems which is so unsolvable by normal means that it may require unique action. It is possible that some Constitutional milk may have to be spilled to save the American pie.

In short, I don’t have the solution here. But I do know this is something about which we need to at least be having a public conversation. Considering how broken our public discourse is, I doubt that will happen, and that must make Jeff Bezos smile.

John Ziegler hosts a weekly podcast focusing on news media issues and is a documentary filmmaker. You can follow him on Twitter at @ZigManFreud or email him at [email protected]