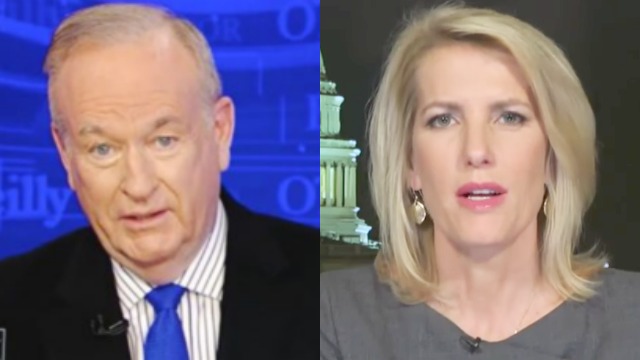 Ingraham has apologized for the Tweet, which O’Reilly conceded was “ill-advised.” But the former 8 PM Fox News pillar is seeing parallels between his ouster and what’s going on now with Ingraham.

“[T]he sponsor boycott is not some spontaneous uprising by companies,” O’Reilly wrote. “It is being directed by powerful, shadowy radical groups who want Laura Ingraham off the air. Same thing happened to me.”

“There is no question that if you are a conservative commentator in America, elements on the far left will try to harm you,” O’Reilly wrote. “The Laura Ingraham situation clearly illustrates what is going on.”