Oxford Dictionary Lets MSNBC Off The Hook For Teabagger Abuse 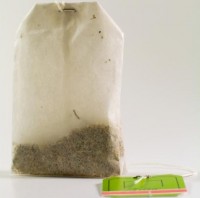 On Monday, we reported that the New Oxford American Dictionary had named “teabagger” a runner-up for its “Word of the Year.” Notably missing from Oxford’s definition was any mention of the term’s other meaning, a subject that makes members of the Tea Party Movement more than a little bit testy.

I contacted Oxford University Press to find out why, and the answer is sure to either please, or disappoint, the MSNBC anchors who put “teabagger” on America’s lips. I also found out what you can do to get “teabagger” into the dictionary.

Most recently, it was Keith Olbermann dipping into the “teabagger” controversy, as he reported Oxford’s honor on last night’s Countdown, and tried to claim credit:

While Keith wasn’t the first to apply the double entendre (it was me) to the Tea Party protesters, he and his colleagues at MSNBC elevated it to an art form. Rachel Maddow started the ball rolling on her April 9 show, but it was David Shuster’s teabagging tour de force that cemented the term’s status as permanent conservative goat-getter.

According to Oxford Senior Lexicographer Christine Lindberg, however, the term is nothing to become inflamed about. We asked her why the word’s definition contained no mention of the alternate meaning:

It should be noted that the term “teabagger” appears on Oxford’s list because of the usage cited on that list, not because of any other meaning. Citations for the political sense were found in a number of legitimate sources throughout the year. As a reference to members of the currently active Tea Party, the word has been used in speech and print by both liberals and conservatives. In this context, the term “teabagger” is a reasonably conceived informal name for an affiliate of the Tea Party, and as a word in the news, it earned a mention for the year 2009.

Having deliberated carefully over the word-usage evidence, Oxford’s lexicographers are confident in their judgment that “teabagger” the political term stands distinctly apart from “teabagger” the vulgar term.

So, there you have it. The two definitions may dangle side-by-side, but they are separate and distinct. When David Shuster refers to teabaggers and their “Dick Armey,” he’s only talking politics, and teabaggers aren’t allowed to get mad about it.

Being an Oxford “Word of the Year” finalist, as it turns out, is no guarantee of a word’s inclusion in the dictionary. Oxford Acquisitions Editor Grace Labatt explains the process for us:

The words on our Word of the Year shortlist are under considered for inclusion in the next dictionary—they are on our “words to watch” list. Depending on frequency of usage, which we assess with the Oxford English Corpus (a two-billion-word collection of texts), we will determine whether they should be added to the next edition of the New Oxford American Dictionary, to publish in Fall 2010.

So, if you want to see “teabagger” in the next dictionary, start making all of your  friends say it.

Next page: a good way to start would be to review these “Great Moments in Teabagging.”