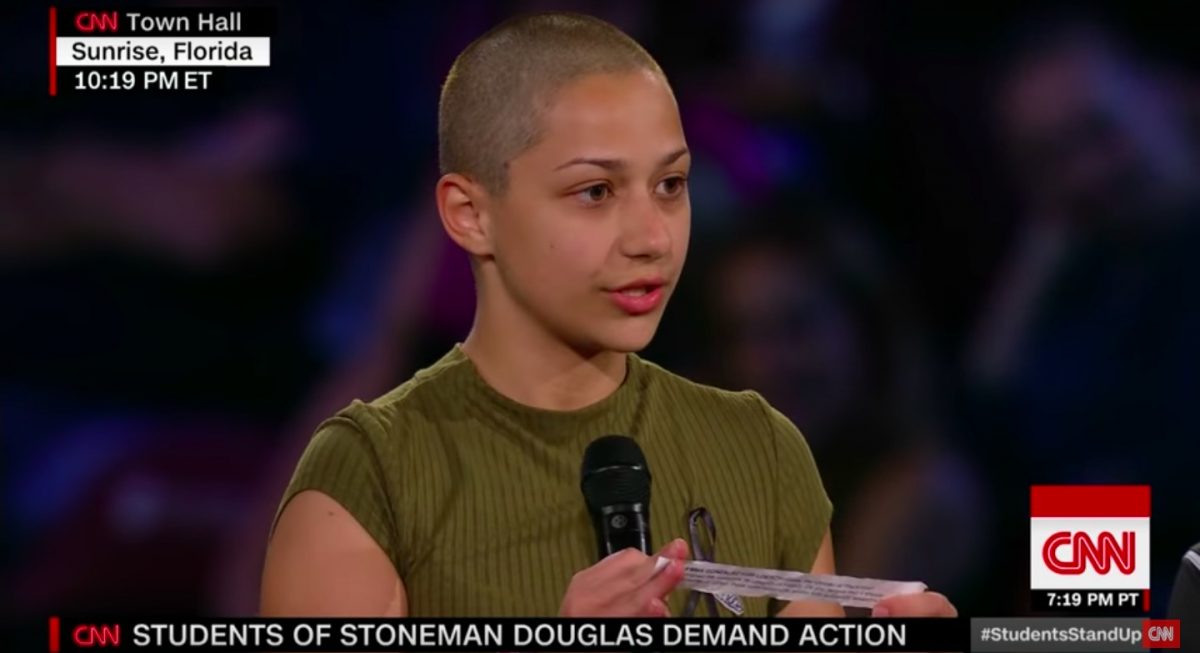 The deadly shooting at Marjory Stoneman Douglas High School in Parkland, FL happened on February 14. Today is February 26. And Emma Gonzalez, a survivor who has emerged as one of the breakout gun control activists in the wake of the shooting, has more Twitter followers than the NRA – by a long shot.

At last count, Gonzalez had approximately 971,000 Twitter followers, while the NRA had 586,000 followers.

Gonzalez became a central figure of the teen-led gun reform movement when she gave a speech repeating the phrase “We Call BS,” referring to lawmakers who don’t acknowledge the role guns play in mass shootings.

She also took on NRA spokeswoman Dana Loesch at the CNN town hall Wednesday. As the crowd tried to boo Loesch out, Gonzalez quieted them by saying: “If I can’t hear her statement, I can’t come up with a rebuttal.”

Twitter users – including Beau Willimon, the creator of House of Cards – were quick to point out Gonzalez’s meteoric rise on Twitter, applauding her and her classmates:

As of today, @Emma4Change now has more followers than the @NRA. It happened in less than two weeks.

This is a movement.
This is the future.
Change is now. pic.twitter.com/8yHSpq9Zac

Shoutout to @Emma4Change who has amassed more followers than the @NRA.

All in less than two weeks.

Emma Gonzalez now has more followers than the NRA:@NRA: 550k@Emma4Change: 551k (and counting)

This is what happens when you speak truth to power. We are witnessing history. pic.twitter.com/Zj2m262k44

Imagine the humiliation of the NRA having less of an audience than their sharpest teenage critic who only entered the public eye less than two weeks ago.

The NRA spent millions to convince Politicians to support them.

Emma Gonzalez just spoke her mind, and won over the hearts of millions!

Times are changing… @Emma4Change has amassed nearly double the amount of followers the @NRA has and her Twitter account is 12 days old!