Paul Ryan Is No Fiscal Conservative 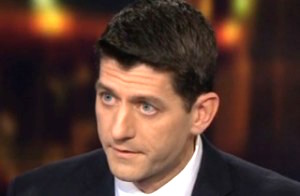 The presidential aspirations of outgoing House Budget Committee Chairman Paul Ryan (R-WI) — who was just picked to head the incredibly powerful Ways & Means Committee — are all the rage in Washington and in much of the media. And Ryan may very well run for the GOP nomination in 2016, given reputation for intellectual policy leadership throughout his 14 years in Congress.

According to J.R. Ross, this may be Ryan’s biggest weakness as he considers a run — the congressman may be “too smart to be president,” he wrote in Politico.

But it’s not Ryan’s intelligence that’s a problem. It’s his 14-year record of voting for policies that have damaged America’s future by expanding the size, cost, and scope of the federal government — which has somehow been ignored by many in the media and the GOP.

According to Ross, Rep. Ryan is “spectacularly wonky,” and “an even-keeled, intelligent thinker who grapples seriously with the nation’s biggest fiscal challenges.” This ignores the immense weaknesses in Ryan’s four budget proposals, including, but not limited to the following.

His first Budget Committee proposal, in 2011, was projected to take 50 years to balance the federal budget. The 2012 budget took over two decades to balance. And Ryan’s most recent budget resolution — which, to be fair, aims to balance the budget within a decade — engaged in only the most cursory examination of tax and Social Security reforms.

Likewise, Ryan’s Medicare reforms don’t take effect for a decade, which means the program will start being reformed after a record number of people have retired, and a record low number of people are paying into it.

Given the dire warnings from Moody’s and the Congressional Budget Office about America’s financial future, Ryan’s plans are clearly inadequate to the challenge of preventing a national fiscal crisis.

Ross also said that “Ryan appears to aspire to polite but firm conversations about the solutions to the nation’s problems, while most of the potential 2016 GOP field wants to have a knife fight over them.” This was not the case in 2013, when Ryan essentially, and impolitely, called opponents to the Senate’s immigration bill dishonest, saying: “I will debate anybody who tries to suggest that these ideas that are moving through Congress are amnesty. They’re not. amnesty is wiping the slate clean and not paying any penalty for having done something wrong.”

Ryan’s theory on amnesty was immediately shot down by its opponent Dan Greenfield, who noted that “the fine [in the Senate bill] is a thousand dollars. It won’t even cover their first Earned Income Credit refund. It’s cheaper than the full cost of legally immigrating to the country. If that’s a fine, so is a visa application.”

And regarding “firm conversations,” Ryan was happy to gut sequestration — the first time in 15 years that the growth in federal spending slowed — in order to sign a two-year budget plan with Senate Budget Committee Chairwoman Patty Murray (D-WA). The conversation may have been firm, but the final deal was pretty limp.

In addition to his leadership failures since becoming Budget Committee Chairman, Ryan has a long record of supporting government-expanding policies.

Ross addressed some of these, burying them late in his piece. “There are the votes bailing out banks and the auto industry and for George W. Bush-era legislation such as the prescription drug program that came well before the rise of the tea party,” he wrote. In addition to these votes, Ryan stood behind No Child Left Behind, the 2008 stimulus, an extension of unemployment benefits, and hundreds of billions of dollars for two badly-run wars.

Ryan’s reputation of fiscal conservatism also suffered damage last year when he said on CBS’ Face the Nation that “we do not have a debt crisis right now but we see it coming. We know it’s irrefutably happening and the point we’re trying to make with our budget is let’s get ahead of this problem.”

This argument ignores how America’s economy has likely been slowed by our high national debt — which means, yes, it is definitely a crisis for millions of Americans who are seeing job losses and income reductions. Additionally, high national debts have been linked to lower life expectancy and greater poverty, as well as later retirements.

Finally, in his statement after receiving the Ways & Means Chairman position, Ryan talked about engaging in tax reform. Hot Air’s Ed Morrissey was bullish about this, writing that “tax reform has already been mentioned as a possible area of bipartisan action in the 114th Session.”

“Republicans want far-reaching changes to both the corporate and individual income tax systems, considering the highly-leveraged status quo a major hindrance to job creation and real recovery,” wrote Morrissey. “Ryan has a history of both bold proposals and bipartisan compromise to move legislation, the latter of which was more difficult when Democrats controlled the Senate and Ryan had to work with Patty Murray.”

“This time,” added Morrissey, “Ryan can work with a Republican to move his reform ideas, which will be Senator Orrin Hatch of Finance, who will take the gavel from Ron Wyden in January.”

I am less optimistic than Ed about Ryan’s willingness to engage in “bold” action on tax reform. Not only has Ryan all but ignored the specifics of tax reform in his four budgets, but earlier this year he barely acknowledged the tax reform draft composed by his predecessor, Rep. Dave Camp of Michigan. And while Camp’s draft was certainly imperfect — as I wrote here, here, and here — it included some much-needed changes in several areas of the tax code.

Yet it barely got acknowledgement from Ryan. And while some may defend him as being politically pragmatic, given the political risks of engaging in tax reform in an election year, there are always political risks in doing what’s right for the American people.

Of course, in Washington, there are always excuses for violations of espoused principles. Two years ago, a friend on Capitol Hill justified Ryan’s support for NCLB, Medicare Part D, and TARP by saying that they were compromises with leadership that allowed him to navigate the political ladder. According to that friend, Ryan’s compromises were worth the figurative and literal costs because Ryan’s chairmanship allows him to promote Medicare reforms.

Given that Ryan’s plan has been DOA in the Senate for three-and-a-half fiscal years, I wonder if that friend would still argue that Ryan’s votes were justifiable.

— —
>> Dustin Siggins is the D.C. Correspondent for LifeSiteNews.com and a former blogger for Tea Party Patriots. He is a co-author of the book America’s Bankrupt Legacy: The Future of the Debt-Paying Generation, to be published in 2015, and his work has appeared at NRO, Hot Air, USA TODAY, Roll Call, Huffington Post, and other publications. Follow him on Twitter here.