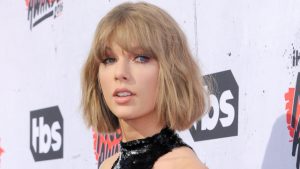 Lots of celebrities made it to the Women’s Marches this weekend, including Lena Dunham, Miley Cyrus, and Rihanna. Among those not there was Taylor Swift, who instead sent a Tweet saying she has “So much love, pride, and respect for those who marched, and that she’s “Proud to be a woman today, and every day.”

So much love, pride, and respect for those who marched. I’m proud to be a woman today, and every day. #WomensMarch

But lots of people aren’t buying it. Swift often says she’s a feminist, and she’s got her “girl squad,” but a lot of people believe she’s disingenuous. Pretty Little Liars‘ Troian Bellisario blasted her earlier this year for what she called “false feminism.” Demi Lovato expressed similar sentiments in an interview with Glamour, alluding to the fact that she thinks Swift claims she’s a feminist but doesn’t “do the work” to be one. She added that “having a song and a video about tearing Katy Perry down, that’s not women’s empowerment.”

Of course, along came the Tweets calling Swift out:

taylor swift couldn't go to the march bc of how famous sh— pic.twitter.com/ygsLQal46r

@taylorswift13 This is gross opportunism. Be better.

@taylorswift13 it's transparent as fuck and getting pretty old. you only speak about feminism when it's "cool" & can benefit you personally

@taylorswift13 but where were you during the entire election?

@taylorswift13 shut up and go march

@taylorswift13 1 tweet and she back to being a feminist. Yet where have you been pic.twitter.com/1CSqSxQVjy

Some people, however, aren’t surprised, and said so:

While some of her fans did jump to her defense, the sentiment was largely negative. So far, Swift hasn’t publicly responded to the criticism.