‘Perfect Storm Of Terrorism Profiling’: Did The Feds Investigate A Journalist For Googling ‘Pressure Cooker?’

‘Perfect Storm Of Terrorism Profiling’: Did The Feds Investigate A Journalist For Googling ‘Pressure Cooker?’ 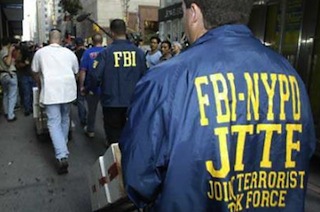 Catalino said she had been Googling “pressure cooker” around the same time that her husband searched for information about backpacks, a combination of key terms she claimed caught the government’s eye, as they were the elements involved in the Boston marathon bombings. As Catalino put it, she and her husband had unknowingly Googled themselves into the “perfect storm of terrorism profiling.”

Catalino said the six plainclothes agents performed a cursory search of her house, questioned her husband about his travels, and quickly realized they were not dealing with terrorists. The agents informed her husband that they do this “about 100 times a week.”

If the Google search were in fact what snagged the government’s attention, that raises the question of how they knew Catalino and her husband were searching for these terms, as the NSA is not supposed to be collecting data on American citizens without a warrant unless those citizens are communicating with suspected foreign nationals. But as the Atlantic Wire pointed out, the agency’s surveillance programs detailed in the documents leaked by Edward Snowden seemed designed to do just that:

It’s possible that one of the two of them is tangentially linked to a foreign terror suspect, allowing the government to review their internet activity. After all, that “no more than two other people” ends up covering millions of people. Or perhaps the NSA, as part of its routine collection of as much internet traffic as it can, automatically flags things like Google searches for “pressure cooker” and “backpack” and passes on anything it finds to the FBI.

Or maybe it was something else. On Wednesday, The Guardian reported on XKeyscore, a program eerily similar to Facebook search that could clearly allow an analyst to run a search that picked out people who’d done searches for those items from the same location. How those searches got into the government’s database is a question worth asking; how the information got back out seems apparent.

Catalino has been active on Twitter since the incident, joking about her messy house, and disputing detractors who question her interpretation of the events: