Police: University Student Fabricated Story About Someone Threatening to Burn Her Hijab

Police: University Student Fabricated Story About Someone Threatening to Burn Her Hijab 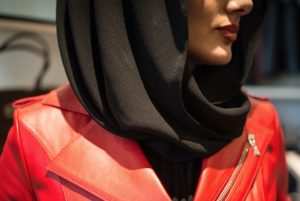 There has been much discussion about a rise in hate crimes after Donald Trump‘s election victory. But some of the reported incidents are turning out to be hoaxes.

A few weeks ago, a University of Michigan student told police that a man confronted her and demanded she remove her hijab lest he set it on fire.

This is how the incident was handled at the time:

The university, calling it a hate crime, said the off-campus incident occurred between 5:30-7 p.m. Friday in the 600 block of East William, near State Street, according to the alert.

“We are actively investigating,” Ann Arbor Police Sgt. Patrick Maguire said Saturday. “We are soliciting information from anyone who may have witnessed this incident.”

Police describe the suspect as a man age 20 to 30, with an average height and athletic build, bad body odor and an unkempt appearance. Police said he was intoxicated, with slurred speech, according to the alert.

CAIR-Michigan reacted at the time by calling for an investigation. CAIR-MI Executive Dawud Walid said, “Our nation’s leaders, and particularly President-elect Donald Trump, need to speak out forcefully against the wave of anti-Muslim incidents sweeping the country after Tuesday’s election.”

Well, today the Ann Arbor Police Department has said they determined the student fabricated the incident. Per the Detroit Free Press:

“Investigators conducted witness interviews and reviewed multiple surveillance videos of the area in question,” the department said. “During the course of the investigation, numerous inconsistencies in the statements provided by the alleged victim were identified. Following a thorough investigation, detectives have determined the incident in question did not occur.”