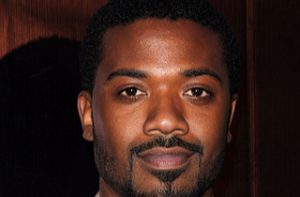 Kim Kardashian is known for a lot of things at this point. She made an estimated $51 million over a 12 month period in 2015 and 2016 from her hit reality show, Kimoji app, mobile game, and other endorsements. Oh, and she also made a sex tape in 2003 that was released an actual decade ago that we’re pretty sure no one is still talking about. Except Ray J., that is. He’s on this season of Celebrity Big Brother, and, he says he’s “ready to tell everybody everything!”

We’re not sure who is interested in this tell-all. What is there to tell? Kim Kardashian made a name for herself living her life really, really publicly. What more is there to say about this decade-old sex tape that hasn’t already been said? It’s definitely time for a new storyline.

Kardashian’s best friend Jonathan Cheban Tweeted not so cryptically his thoughts on the matter, presumably calling Ray J. a “loser.”

What a loser #CBB (you know who I’m talking about)..see you soon London

Immediately, rumors began to fly that Cheban would be appearing on the show to confront his friend’s ex. It appears that the rumors are just that, however. He says he’s in London for something else, and that he wouldn’t do CBB again.

As much as I love watching #CBB you couldn’t pay me to ever go back in the CBB house! I’m a HUGE fan of the show from a distance.

Loads of rumors today..but I’m in the UK doing another TV show as planned for 2months, I’ll be watching! Good luck to everyone in the house!